The Greatest Prophets between Christianity and Islam: 8-Prophet Isaac 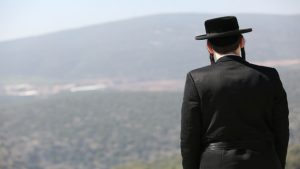 Though Christianity and Islam concur on honoring Prophet Isaac, his character in the Old Testament is associated with various forms of racial discrimination in his favor and in favor of the children of Israel who account for only some of his descendants.

Such racial discrimination is one of the most pivotal manifestations of distortion caused to the message of Prophet Moses. As a result, it was derailed as a fair heavenly message and transformed into a discriminatory, racist, ethnic one wrongfully proclaiming the superiority of the children of Israel over all other ethnicities.

Therefore, the final message of Islam came towards the end of the world to establish racial equality among prophets and among all mankind and to deny any claim of superiority by anyone over any other one except based on piety and good deeds.

In the Bible, Christianity honors and praises Prophet Isaac. For example, we read: “And it came to pass after the death of Abraham, that God blessed his son Isaac; and Isaac dwelt by the well Lahairoi.” (Genesis 25:11)

However, there are multiple forms of racial discrimination in favor of Prophet Isaac and his descendants from among the children of Israel only.

The Bible tells us that the covenant God had had with Prophet Abraham was bequeathed to Isaac and his descendants to the exclusion of Ishmael and his descendants, despite the firstborn right established and promoted by the Old Testament.

As one of the most blatant forms of discrimination against Prophet Ishmael, the Bible claims that it is Prophet Isaac along with his father Prophet Abraham who starred in the historic slaughter and sacrifice incident. It is ironic that the Bible involves evidence for the falsehood of this claim.

In the Bible, we read: And it came to pass after these things, that God tested Abraham and said unto him, “Abraham!” And he said, “Behold, here I am.” And He said, “Take now thy son, thine only son Isaac whom thou lovest, and get thee into the land of Moriah, and offer him there for a burnt offering upon one of the mountains which I will tell thee of.” (Genesis 22:1-2)

The above biblical verses tell us that God commanded Abraham to slay his “only son”, though Isaac was never an only son of Abraham. Rather, Ishmael remained Abraham’s only son until he gave birth to Isaac.

Supposing that the intended meaning is “the only son loved by Abraham”, nothing in the Bible indicates that Abraham loved Isaac but did not love Ishmael or that he loved Isaac much more than Ishmael.

And Isaac answered and said unto Esau, “Behold, I have made him thy lord, and all his brethren have I given to him for servants; and with corn and wine have I sustained him. And what shall I do now unto thee, my son?” And Esau said unto his father, “Hast thou but one blessing, my father? Bless me, even me also, O my father!” And Esau lifted up his voice and wept. And Isaac his father answered and said unto him, “Behold, thy dwelling shall be of the fatness of the earth, and of the dew of heaven from above. And by thy sword shalt thou live, and shalt serve thy brother; and it shall come to pass when thou shalt have the dominion, that thou shalt break his yoke from off thy neck.” (Genesis 27:37-40)

Islam honors and praises Prophet Isaac. For example, he is described as a prophet with a reputation of high honor. In the Qur’an, we read:

The Qur’an tells us that God blessed Isaac and made him a prophet from among the righteous. We read:

The Islamic handling of Prophet Isaac’s character is much more logical and acceptable than the biblical one. Islam does not discriminate against/in favor of any prophet or his descendants. Piety and good deeds only are the basis of preference. In the Qur’an, we read:

It is customary that the Bible allots to the firstborn son double the shares of his other siblings. In the Bible, we read:

According to the Bible, Ishmael and Esau should have been allotted double the shares of Isaac and Jacob or at least equal shares. However, the case where younger brothers inherit everything and elder brothers do not inherit anything was something going against the very verses of the Bible itself.

In the Bible, we read: And Abimelech called Isaac and said, “Behold, of a surety she is thy wife; and how saidst thou, ‘She is my sister’?” And Isaac said unto him, “Because I said, ‘Lest I die for her.’” (Genesis 26:9)

If so, did he have good health enough to desire women throughout those numerous decades which might have been longer than a century?

If “Abimelech” is not a proper noun but just a title of the ruler, is it reasonable that Abraham’s story is repeated with the same details more than a century later?

Moreover, just as the Bible told us that Sarah, Abraham’s first wife, was barren (Genesis 11:30), it also tells us that Rebekah, Isaac’s wife, was also barren. We read:

And Isaac entreated the Lord for his wife, because she was barren; and the Lord was entreated by him, and Rebekah his wife conceived. And the children struggled together within her; and she said, “If it be so, why am I thus?” And she went to inquire of the Lord. And the Lord said unto her, “Two nations are in thy womb, and two manner of people shall be separated from thy body; and the one people shall be stronger than the other people, and the elder shall serve the younger.” (Genesis 25:21-23)

And when her days to be delivered were fulfilled, behold, there were twins in her womb. And the first came out red, all over like a hairy garment; and they called his name Esau. And after that came his brother out, and his hand took hold of Esau’s heel; and his name was called Jacob. And Isaac was threescore years old when she bore them. (Genesis 25:24-26)