The Greatest Prophets between Christianity and Islam: 5-Prophet Abraham 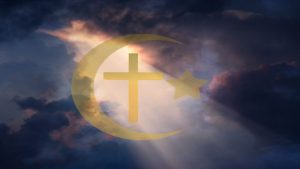 Did Prophet Abraham worship the children of Heth?

Prophet Abraham was the forefather of the faithful nations and the grandfather of the children of Israel and the Arab Prophet, Muhammad (peace be upon him). He was the prophet whom God made a leader, with whom He had a covenant, and to whom the heavenly messages (Abrahamic religions), including Judaism, Christianity and Islam, are attributed.

For example, we read: “The Lord said to Abram: Leave your country, your family, and your relatives and go to the land that I will show you. I will bless you and make your descendants into a great nation. You will become famous and be a blessing to others. I will bless anyone who blesses you, but I will put a curse on anyone who puts a curse on you. Everyone on earth will be blessed because of you.” (Genesis 12:1-3)

We also read: “I promise that you will be the father of many nations. That’s why I now change your name from Abram to Abraham. I will give you a lot of descendants, and in the future they will become great nations. Some of them will even be kings.” (Genesis 17:4-6)

However, in the Bible, Christianity attributes to Prophet Abraham contradicting acts. For example, Christianity claims that Abraham worshipped something other than God. We read: “And Abraham [a]rose, and worshipped the people of the land, that is, the sons of Heth.” (Genesis 23:7) (WYC)

We also read: “Abraham worshipped before the Lord, and (NOT FOUND IN THE ORIGINAL) before the people of the land.” (Genesis 23:12) (WYC)

And Abraham said to God, “If only Ishmael might live under your blessing!” Then God said, “Yes, but your wife Sarah will bear you a son, and you will call him Isaac. I will establish my covenant with him as an everlasting covenant for his descendants after him. And as for Ishmael, I have heard you: I will surely bless him; I will make him fruitful and will greatly increase his numbers. He will be the father of twelve rulers, and I will make him into a great nation. But my covenant I will establish with Isaac, whom Sarah will bear to you by this time next year.” (Genesis 17:18-21)

Islam highly honors and praises Prophet Abraham (Ibrahim in Arabic). In Islam, he is given several good descriptions, qualities and characteristics. For example, he is described as the “Merciful’s (God’s) Intimate”. In the Qur’an, we read:

He is also described as such one of the righteous whom God chose. In the Qur’an, we read:

And who would be averse to the religion of Abraham except one who makes a fool of himself. And We had chosen him in this world, and indeed he, in the Hereafter, will be among the righteous. (Al-Baqarah 2:130)

He is also described as “God-fearing”, “forbearing”, and “frequently repenting”. In the Qur’an, we read:

The fact is that Abraham was a God-fearing and forbearing man. (At-Tawbah 9:114)

Prophet Abraham is also described as a “prophet” and a “man of truth”. In the Qur’an, we read:

And mention in the Book [the story of] Abraham. Indeed, he was a man of truth and a prophet. (Maryam 19:41)

Abraham is also described as “one of God’s believing servants”. In the Qur’an, we read:

“Peace and salutation to Abraham!” Thus indeed do We reward those who do right. For he was one of our believing Servants. (As-Saffat 37:109-111)

Prophet Abraham is also described as a “leader”, “devoutly obedient”, “inclining toward truth” and “grateful”. In the Qur’an, we read:

Islam honors Prophet Abraham so much so that God commands Muslims to take his standing place (where he stood to build the Ka`bah) as a place for prayer to God. In the Qur’an, we read:

And [mention] when We made the House a place of return for the people and [a place of] security. And take, [O believers], from the standing place of Abraham a place of prayer. And We charged Abraham and Ishmael, [saying], “Purify My House for those who perform Tawaf and those who are staying [there] for worship and those who bow and prostrate [in prayer].” (Al-Baqarah 2:125)

Accordingly, it becomes clear now that Prophet Abraham may be the prophet most honored and praised, second to Prophet Muhammad, in the Qur’an.

No wonder, Prophet Muhammad was the one most resembling him as reported in the hadith on the miraculous journey of Al-Israa’ and Al-M`iraj.

Abu Hurairah reported that Prophet Muhammad said: “…I saw Abraham (peace be upon him) offering prayer; he had the closest resemblance with your companion (the Prophet himself) amongst people. When the time of prayer came I led them…” (Muslim)

The image painted for Prophet Abraham by Islam is more suitable and appropriate than that by Christianity. The latter claims that Abraham worshipped something other than God though it itself prohibits worship of anything other than God. In the Bible, we read: Then Jesus said to him, “Go away, Satan! For it is written and forever remains written, ‘You shall worship the Lord your God, and serve Him only’” (Matthew 4:10)

However, Islam confirms that Abraham was a monotheist rather than polytheist. In the Qur’an, we read:

They say: “Become Jews or Christians if ye would be guided (To salvation).” Say thou: “Nay! (I would rather) the Religion of Abraham the True, and he joined not gods with Allah.” (Al-Baqarah 2:135)

In this sense, Prophet Abraham was Muslim. In the Qur’an, we read:

And who would be averse to the religion of Abraham except one who makes a fool of himself. And We had chosen him in this world, and indeed he, in the Hereafter, will be among the righteous. When his Lord said to him, “Submit”, he said “I have submitted [in Islam] to the Lord of the worlds.” And Abraham instructed his sons [to do the same] and [so did] Jacob, [saying], “O my sons, indeed Allah has chosen for you this religion, so do not die except while you are Muslims.” Or were you witnesses when death approached Jacob, when he said to his sons, “What will you worship after me?” They said, “We will worship your God and the God of your fathers, Abraham and Ishmael and Isaac – one God. And we are Muslims [in submission] to Him.” (Al-Baqarah 2:130-133)

And [mention, O Muhammad], when Abraham was tried by his Lord with commands and he fulfilled them. [ Allah ] said, “Indeed, I will make you a leader for the people.” [Abraham] said, “And of my descendants?” [Allah] said, “My covenant does not include the wrongdoers.” (Al-Baqarah 2:124)

By the way, we come across the misconception that Prophet Abraham told lies in the Bible and the Prophetic Sunnah as well.

For example, in the Bible, we read: “Then Pharaoh called Abram and said, “What is this that you have done to me? Why did you not tell me that she was your wife? Why did you say, ‘She is my sister,’ so that I took her as my wife? Now then, here is your wife; take her and go!” (Genesis 12:18-19)

In the Prophetic Sunnah, we read: Abu Huraira reported that Prophet Muhammad said: Abraham did not tell a lie except on three occasions. Twice for the sake of Allah when he said, “I am sick,” and he said, “(I have not done this but) the big idol has done it.” The (third was) that while Abraham and Sarah (his wife) were going (on a journey), they passed by (the territory of) a tyrant. Someone said to the tyrant, “This man (i.e. Abraham) is accompanied by a very charming lady.” So, he sent for Abraham and asked him about Sarah saying, “Who is this lady?” Abraham said, “She is my sister.” Abraham went to Sarah and said, “O Sarah! There are no believers on the surface of the earth except you and I. This man asked me about you and I have told him that you are my sister, so don’t contradict my statement…” (Al-Bukhari)

Answer: we have already indicated in a previous post that, according to Islam, prophets are prone to minor sins only rather than major sins. Even their minor sins are not like ours, but they are still seen as slight lapses and imperfections of very godly people.

The alleged lies are not true ones. According to dictionary.com, a lie is “a false statement made with deliberate intent to deceive.”

Yet, Prophet Abraham’s lies did not have deliberate intent to deceive but to guide to goodness. As such, they were not true lies, though they were still contrary to the best attitude, that is, truthfulness everywhere and every time.

It just so happens that an untrue statement is not only harmless but also laudable, e.g. in case of peacemaking. Umm Kulthum bint `Uqbah reported that she heard Prophet Muhammad as saying: “’The person who lies in order to make peace among people is not a liar, when he conveys good or says (something) good.” (Al-Bukhari)

Accordingly, Prophet Abraham’s alleged lies were not intended for evil but for goodness. He claimed that he was sick so that he would not get out with his people on their feast and so could have the chance to smash their false gods. He claimed that it is the big idol that did it so that they would think and conclude that they worshipped false gods and then would hopefully decide to worship the true God.

Had Abraham been killed, those good descendants would not have come into being and, as a result, the Earth would have been filled with ultimate disbelief and corruption.