Are The Gospels Four or More Than Four?

To one’s astonishment, there were many gospels which were at the scene other than the well-known four Synoptic Gospels after the death of Jesus. Furthermore, there were also many sects which adopted their own gospels and rejected the others and considered them to be “Apocrypha”.

There was, moreover, a gospel attributed to Mathew other than the one adopted now by Christians which was called “The Gospel of Pseudo-Matthew”. “Barnaba’s gospel” was also in the scene. Saint Jacob, (Saint Jacques), Saint Thomas also had their own gospels. Theses gospels proclaimed facts about the biography of Mary, and the childhood of Jesus. 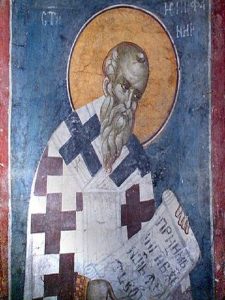 A Greek gospel attributed to “Saint Nicodeme”, a Jewish leader at the time of Jesus who believed in him, tells about the details of the death of Jesus and his fate after death. It gives other narrations differing with the one adopted by the four gospels.

It chose the four gospels of Mathew, Luke, Mark and John and considered them to be the only authenticated although they were not well-known in comparison to the others. The Quran condemns the act of distortion of the word of God (Allah). Allah says:

Were All Synoptic Gospels Known to All Christians

The four Synoptic Gospels, were not known to all Christians. The first to give mention to them was Saint Irene then Saint Clement of Alexandria (d. 220 A.D,) who decided, in 216 A.D, that all Christians should have firm belief in them.

O dear know that God has singled us out with sending Prophet Jesus, the Messiah who was mercy to mankind. Jesus was given great miracles which were taken by Satan as a means to preach blasphemy among many people claiming that Messiah the son of God and rejecting the circumcision and legalizing the consumption of the prohibited meat.

The Gospel of Ebionites, one of several Jewish–Christian gospels, which was written in Aramaic, is a gospel which was also rejected by the Church. It tells about the human nature of Jesus and rejects him to a god. It considers him, rather, to be only a human Messenger sent  by God.

The Gospel of Pseudo-Matthew gives important details of the biography of Mary. It states that Mary was not engaged to Joseph, the carpenter, and she was one of the nuns who served in the temple and were prohibited to marry.

The Quran, (Muslims’ scripture), does not give details of the biography of Mary but insists on the virgin birth and the righteousness of Mary who never committed adultery and was not engaged to any person:

And mention, [O Muhammad], in the Book [the story of] Mary, when she withdrew from her family to a place toward the east. And she took, in seclusion from them, a screen. Then We sent to her Our Angel, and he represented himself to her as a well-proportioned man. She said, “Indeed, I seek refuge in the Most Merciful from you, [so leave me], if you should be fearing of Allah.” He said, “I am only the messenger of your Lord to give you [news of] a pure boy.” She said, “How can I have a boy while no man has touched me and I have not been unchaste?” He said, “Thus [it will be]; your Lord says, ‘It is easy for Me, and We will make him a sign to the people and a mercy from Us. And it is a matter [already] decreed.’ (19:16-21).