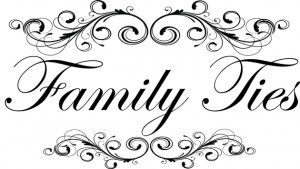 And [recall] when We took the covenant from the Children of Israel, [enjoining upon them], “Do not worship except God; and to parents do good and to relatives, orphans, and the needy. And speak to people good [words] and establish prayer and give zakah.” Then you turned away, except a few of you, and you were refusing. (Al-Baqarah 2:83)

And those of [kinship] relationship are more entitled to one another in the decree of God (Al-Ahzab 33:6)

Relatives are given precedence over others when it comes to charitable and pious acts. A well-off Muslim must assist his poor relative. Assistance is incumbent on him rather than a favor from him. Therefore, God says:

Indeed, God orders justice and good conduct and giving to relatives and forbids immorality and bad conduct and oppression. He admonishes you that perhaps you will be reminded. (An-Nahl 16:90)

And give the relative his right, and [also] the poor and the traveler (Al-Israa’ 17:26)

Islam counts spending on relatives as a charitable act and describes the Muslims who spend on their relatives as righteous. God says:

Righteousness is not that you turn your faces toward the east or the west, but [true] righteousness is [in] one who believes in God, the Last Day, the angels, the Book, and the prophets and gives wealth, in spite of love for it, to relatives, orphans…Those are the ones who have been true, and it is those who are the righteous. (Al-Baqarah 2:177)

The poor relative’s right to his well-off Muslim kinsman’s charity is in no way forfeited even if he abuses his well-off kinsman. The latter should still forgive and pardon his abusive relative in hope of God’s forgiveness and mercy. God says:

And let not those of virtue among you and wealth swear not to give [aid] to their relatives and the needy and the emigrants for the cause of God, and let them pardon and overlook. Would you not like that God should forgive you? And God is Forgiving and Merciful. (An-Nur 24:22)

And those who maintain that which God has ordered to be maintained and fear their Lord and are afraid of the evil of [their] account, And those who are patient, seeking the countenance of their Lord, and establish prayer and spend from what We have provided for them secretly and publicly and prevent evil with good – those will have the good consequence of [this] home (Ar-Ra`d 13:21-22)

The maintenance of good kinship relationship has great merit in Islam. It helps grant more sustenance and prolong lifetime. It is reported on the authority of Anas (may God be pleased with him) that Prophet Muhammad said: “Whoever loves that he would be granted more sustenance and that his life span would be prolonged, then he should maintain his ties of kinship.” (Al-Bukhari)

It is also reported on the authority of Ali (may God be pleased with him) that Prophet Muhammad said: “Whoever is delighted to have his lifetime prolonged and his sustenance augmented, and to be spared bad death, let him have fear of God and maintain good kinship relationship.” (Al-Bazzar & Al-Hakim)

Prophet Muhammad taught us that good kinship relationship conduces to Paradise. It is reported that Prophet Muhammad said: “O people, spread peace; feed one another; keep good relations with your kin; pray in the night, while others are asleep – so that you shall enter the Garden of Paradise in peace.” (Ahmad, At-Tirmidhi and Ibn Majah)

Abu Hurairah (May God be pleased with him) also reported that a man said to Prophet Muhammad: “I have relatives with whom I try to keep the ties of relationship but they sever relations with me; and whom I treat kindly but they treat me badly, I am gentle with them but they are rough to me.” He replied, “If you are as you say, it is as if you are feeding them hot ashes, and you will be with a supporter against them from God as long as you continue to do so”. (Muslim)

Islam dispraises, prohibits and warns against the severance of kinship relationship. God says:

So would you perhaps, if you turned away, cause corruption on earth and sever your [ties of] kinship relationship? (Muhammad 47:22)

It is reported on the authority of `Aishah (may God be pleased with her) that Prophet Muhammad said: “Kinship relationship is suspending from the Throne, and says: `He who maintains me, God will maintain good relationship him, but whosoever severs me, God will sever relationship with him’”. (Al-Bukhari and Muslim)

It is reported on the authority of Abu Hurairah (may God be pleased with her) that Prophet Muhammad said: “God created all creatures and when He finished the task of His creation, Ar-Rahim (kinship relationship) said: ‘(O God) at this place I seek refuge with You against severing my ties.’ God said: ‘Will you be satisfied if I maintain good ties with those who maintain you and sever ties with those who sever you?’ It said: ‘I am satisfied.’ God said: ‘Then this is yours.’” (Al-Bukhari)

God threatened those who sever kinship relationship with curse and the worst home. God says:

But those who break the covenant of God after contracting it and sever that which God has ordered to be joined and spread corruption on earth – for them is the curse, and they will have the worst home. (Ar-Ra`d 13:25)

Who break the covenant of God after contracting it and sever that which God has ordered to be joined and cause corruption on earth. It is those who are the losers. (Al-Baqarah 2:27)

Finally, a person should bear in mind that breaking off kinship relationship is one of the sins for which God accelerates punishment in this worldly life even before the Hereafter. It is reported on the authority of Abu Bakr (may God be pleased with him) that Prophet Muhammad said: “There are no sins more deserving that God accelerates the punishment to their doer in this worldly life in addition to what is saved for them in the Hereafter than injustice and severing one’s kith and kin.” (Abu Dawud, At-Tirmidhi and Ibn Majah)