God (Allah) is Most Gracious, Most Merciful

The names and attributes of God include “the Most Gracious” and “the Most Merciful ”. Man has a natural disposition to err and sin. He is naturally sinful and fallible. 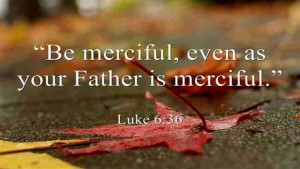 If God cannot show mercy to His servants, how can God expect them to show mercy?

As such, man stands in need of such God Who is Most Gracious and Most Merciful so that He will show mercy to him if he errs or sins, give him hope for repentance and penitence and urge people to have and show mercy to one another. In this way, both worldly and otherworldly lives will straighten out, with people sharing the feeling of mercy in this worldly life and God showing mercy to them in the Hereafter.

The Most Merciful in Islam

In Islam, God (called (Allah) in Arabic) is described as “Al-Rahman Al-Rahim” “the Most Gracious, the Most Merciful” in reference to God’s infinite mercy towards His creatures.

The descriptions of “the Most Gracious” and “the Most Merciful” are often repeated in the Qur’an. For example, we read:

And your god is one God. There is no deity [worthy of worship] except Him, the Most Gracious, the Most Merciful. (Al-Baqarah 2:163)

In Islam, God’s infinite mercy is mostly reflected in the so-called “original sin” and the story of Adam and Eve and their eating from the forbidden tree. We observe that Adam did not need anything after disobedience to God except for sincere repentance. When he turned to God in sincere repentance, God accepted his repentance and showed him infinite mercy. In the Qur’an, we read:

Then Adam received from his Lord [some] words, and He accepted his repentance. Indeed, it is He who is the Accepting of repentance, the Most Merciful. (Al-Baqarah 2:37)

In Islam, we do not notice any consequences of the sin of Adam and Eve after their repentance. If a Muslim disobeys his Lord, he needs only to hasten to turn to God in sincere repentance and earnestly seek His forgiveness. God promised to forgive all sins and misdeeds and accept sincere repentance. In the Qur’an, we read:

And ask forgiveness of Allah. Indeed, Allah is Forgiving and Most Merciful. (Al-Baqarah 2:199)

And if, when they wronged themselves, they had come to you, [O Muhammad], and asked forgiveness of Allah and the Messenger had asked forgiveness for them, they would have found Allah Accepting of repentance and Most Merciful. (An-Nisaa’ 4:64)

And whoever does a wrong or wrongs himself but then seeks forgiveness of Allah will find Allah Forgiving and Most Merciful. (An-Nisaa’ 4:110)

About the acceptance of repentance, we read:

Except for those who return [repenting] before you apprehend them. And know that Allah is Forgiving and Most Merciful. (Al-Ma’idah 5:34)

But whoever repents after his wrongdoing and reforms, indeed, Allah will turn to him in forgiveness. Indeed, Allah is Forgiving and Most Merciful. (Al-Ma’idah 5:39)

Though polytheism is the deadliest sin to be committed against God, God forgives this cardinal sin and shows mercy to its committer if the latter turns to God in repentance. We read:

They have certainly disbelieved who say, “Allah is the third of three.” And there is no god except one God. And if they do not desist from what they are saying, there will surely afflict the disbelievers among them a painful punishment. So will they not repent to Allah and seek His forgiveness? And Allah is Forgiving and Most Merciful. (Al-Ma’idah 5:73-74)

Another cardinal sin is the concealment of God’s revelations to mankind. This used to be done by the Jewish rabbis and the Christian priests. They used to distort, corrupt, alter, reveal parts and conceal other parts of their scriptures. In spite of the graveness of their offence and the seriousness of their sin, God promises to forgive and show mercy to them in case they turn to Him in repentance and reveal the words of God they concealed. We read:

Indeed, those who conceal what We sent down of clear proofs and guidance after We made it clear for the people in the Scripture – those are cursed by Allah and cursed by those who curse, Except for those who repent and correct themselves and make evident [what they concealed]. Those – I will accept their repentance, and I am the Accepting of repentance, the Most Merciful. (Al-Baqarah 2:159-160)

But whoever is forced [by necessity], neither desiring [it] nor transgressing [its limit], there is no sin upon him. Indeed, Allah is Forgiving and Most Merciful. (Al-Baqarah 2:173)

But whoever is forced by severe hunger with no inclination to sin – then indeed, Allah is Forgiving and Most Merciful. (Al-Ma’idah 5:3)

The Most Merciful in Christianity

In the Bible, especially the New Testament, God is described as “Merciful”. We read: “My soul magnifies the Lord, and my spirit rejoices in God my Savior, for he has looked on the humble estate of his servant. For behold, from now on all generations will call me blessed; for he who is mighty has done great things for me, and holy is his name. And his mercy is for those who fear him from generation to generation.” (Luke 1:46-50)

The New Testament often urges mercy. We read: “Blessed are the merciful: for they shall obtain mercy.” (Matthew 5:7) We also read: “Be merciful, even as your Father is merciful.” (Luke 6:36)

Though the Bible urges mercy, we observe that the biblical conception of God is quite far away from any sort of mercy. We notice that, in the Bible, especially the Old Testament, when Adam disobeyed his Lord, God did not forgive him, rather He threatened him and cursed the earth because of him.

It is quite evident that the Islamic conception of God is more acceptable and palatable for it takes into account the fallible nature of humankind. Since man is naturally disposed to committing sins, God facilitates for him a way out of this sin through repentance and penitence.

As for the Christian conception of God, it is an unacceptable one, for God, according to the Bible, did not take into consideration the fallible nature of mankind. How come God is not Merciful towards and does not forgive the sins of Adam and Eve as well as their offspring though He created them as sinful beings? What can be expected from a sinful self except for sin? Is it fair to refuse to show mercy to them when committing a sin they are naturally disposed to? If God cannot show mercy to His servants and could only incite grudge among them, how can God expect them to do good deeds and show mercy if He Himself cannot show it?