God (Allah) is the Giver (Grantor)

The names and attributes of God include “the Giver” and “the Grantor”. Indeed, the Lord of this universe is the Creator, Owner, and Giver of everything. None can give Him anything. It is He Who gives everything to everyone. He is the Self-sufficient Who does not need anyone, but everyone needs Him. 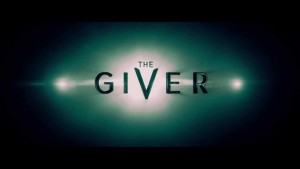 The Giver (Grantor) in Islam

In the Qur’an, God (called “Allah” in Arabic) is often described as “the Grantor”. We read:

Our Lord, let not our hearts deviate after You have guided us and grant us from Yourself mercy. Indeed, You are the Grantor. (Aal `Imran 3:8)

Or do they have the depositories of the mercy of your Lord, the Exalted in Might, the Grantor? (Sad 38:9)

He said, “My Lord, forgive me and grant me a kingdom such as will not belong to anyone after me. Indeed, You are the Grantor.” (Saad 38:35)

Prophet Muhammad used this name in his supplications. Lady `A’ishah reported that if he woke up at night, he would supplicate: “There is no god but You, glory be to You, O Allah, I ask Your pardon for my sin and I ask You for Your mercy. O Allah! Advance me in knowledge, do not cause my heart to deviate (from guidance) after You have guided me, and grant me mercy from Yourself; verily You are the Grantor.” (Abu Dawud)

Also, God is described as “the Giver”. Prophet Muhammad gave this name to God in more than one hadith. For example, Prophet Muhammad said: “If Allah wants to do good for somebody, he makes him comprehend the religion (i.e. Islam), and Allah is the Giver and I am Al-Qasim (i.e. the distributor), and this (Muslim) nation will remain victorious over their opponents, till Allah’s Order comes and they are still victorious.” (Bukhari & Muslim)

Companion Al-Mughirah also reported: “I heard the Prophet saying after finishing prayer: ‘There is no god but Allah. He is Only One, and has no partner. To Him belongs the sovereignty, to Him praise is due, and He is potent over everything. O Allah! No one can withhold what You give, or give what You withhold, and the riches cannot avail a wealthy person against You.’” (Bukhari & Muslim)

The Giver (Grantor) in Christianity

Though Jesus is taken as God in Christianity, the Bible quotes Jesus as saying in the New Testament that God (called “Father” in Christianity) is “the Giver” Who gives and grants good and advantageous things to those who keep on asking Him.

Jesus taught his disciples to ask God for giving in their prayer. We read: “Pray, then, in this way: ‘Our Father in heaven, hallowed be your name. Your kingdom come, your will be done, on earth as it is in heaven. Give us this day our daily bread, and forgive us our debts, as we also have forgiven our debtors. And lead us not into temptation, but deliver us from evil.’” (Matthew 6:9-13)

Jesus negated his innate power to give and attributed the same to God alone. We read: “You will drink My cup [of suffering]; but to sit on My right and on My left this is not Mine to give, but it is for those for whom it has been prepared by My Father.” (Matthew 20:23)

Thus, Jesus cannot be God for God is described as the One Who gives and from Whom giving is sought and Jesus taught his disciples to seek giving from God and affirmed that he did not have innate power to give.