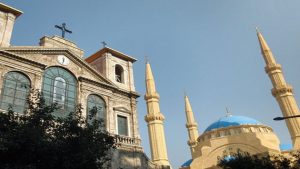 Many people think that Islam is the only faith which imposes death sentence on apostates, and were it not for this punishment, many Muslims would have abandoned Islam. So let’s figure out the truth about such allegations in the light of the Bible and the Qur’an.

Uncountable verses in the Old Testament indicate that death sentence was the punishment prescribed for he who proceeded to abandon Judaism or Prophet Moses’ message. Moreover, the same punishment would be imposed also on not only an apostate but also he who would urge Jews to renounce the religion of the Children of Israel.

The Bible tells us that Jews were commanded to kill one another after worshipping the calf. In the Old Testament, we read: And he said to them, “Thus says the LORD God of Israel, ‘Put your sword on your side each of you, and go to and fro from gate to gate throughout the camp, and each of you kill his brother and his companion and his neighbor.’” (Exodus 32:27)

In the Old Testament, the Bible often commands killing those who abandon the religion of the Children of Israel. We read:

“If there is found in your midst, in any of your towns, which the LORD your God is giving you, a man or a woman who does what is evil in the sight of the LORD your God, by transgressing His covenant, and has gone and served other gods and worshiped them, or the sun or the moon or any of the heavenly host, which I have not commanded, and if it is told you and you have heard of it, then you shall inquire thoroughly. Behold, if it is true and the thing certain that this detestable thing has been done in Israel, then you shall bring out that man or that woman who has done this evil deed to your gates, that is, the man or the woman, and you shall stone them to death. On the evidence of two witnesses or three witnesses, he who is to die shall be put to death; he shall not be put to death on the evidence of one witness. The hand of the witnesses shall be first against him to put him to death, and afterward the hand of all the people. So you shall purge the evil from your midst.” (Deuteronomy 17:2-7)

As for the New Testament, we find it quoting Jesus as ordering the killing of those who do not want him to reign over them whether or not they once believed in him. We read: “But as for these enemies of mine, who did not want me to reign over them, bring them here and slaughter them before me.” (Matthew 19:27)

Thus, it becomes clear enough that the Bible, including the Old Testament and the New Testament, imposed death sentence on those who disbelieved in the message of Prophet Moses or Jesus Christ.

Second: the Qur’an & the Sunnah

Coming as an extension to the message of Moses and Jesus, Islam prescribes the same punishment for the apostates. Ibn `Abbas reported that Prophet Muhammad said: “He who changes his religion, then kill him.” (Al-Bukhari)

Ibn Mas`ud also reported that Prophet Muhammad said: “It is not permissible to shed the blood of a Muslim who bears testimony to the fact that there is no god but Allah, and I am the Messenger of Allah, but in one of three cases: the married adulterer, a life for life, and the deserter of his Din (Islam), abandoning the community.” (Al-Bukhari & Muslim)

However, though Islam as Muhammad’s message came as an extension to the message of Moses and Jesus, it did not impose death sentence on those who want to abandon it immediately like Judaism and Christianity. It rather adopts dialogue, understanding and persuasion as an approach to apostasy.

Jabir reported that a woman called Um Marawan abandoned Islam. So the Prophet ordered that Islam should have been reintroduced to her. If she comes back, (this will be ok). Otherwise, she should have been killed. (Recorded by Ad-Daraqutni in As-Sunan)

After all, we may conclude that all divine messages imposed death sentence on apostates, but Islam prescribed dialogue before penalization unlike the previous divine messages.