Fraternity between Migrants and Ansaris as Unique Social Integration 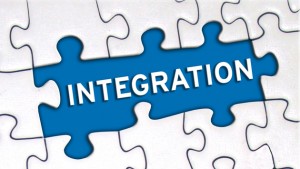 The Migrants were given the same rights as the natives (Ansaris) and all of them coexisted in peace, love and brotherhood

Nowadays, the United Nations Organization celebrates the International Migrants Day and urges the whole world to ensure equal rights for the migrants and improve their life conditions. In fact, migrants all over the world have gone through terrible suffering and seldom get a right, be it equal or otherwise.

In spite of the United Nations’ efforts and the other humanitarian endeavors to ensure better lives for the migrants, we scarcely find a totally successful, peaceful integration experience anywhere in the world or at any point of time.

Indeed, Islam has a brilliant experience in this field, where the aborigines restrained their innate selfishness and instead showed astonishing altruism and matchless generosity. The Migrants were given the same rights as the natives and all of them coexisted in peace, love and brotherhood.

Subjected to extreme religious persecution, the early Muslims of Mecca (Migrants) had to migrate to Medina to maintain their lives and religion. The early Muslims of Medina (Ansaris, “Supporters” or “Helpers” in English) warmly welcomed and offered shelter to their brothers who left behind everything they had for the sake of God.

Prophet Muhammad established brotherhood between the Migrants and the Ansaris based on mutual economic and psychological support and the principle of being inheritors to each other, which in turn aimed to provide Migrants with support to get over the sorrow and misery they felt because of homesickness.(1)

According to this brotherhood, the leaders of each family in Medina would provide a Muslim family from Mecca with accommodation and share their belongings with them, and they would work together.

Again, thanks to this brotherhood, large social charity was established. The Migrants were saved from economic problems. Each Muslim of Medina would give half of their belongings to their brother from the Muslims of Mecca. They enjoyed showing the zenith of hospitality, generosity, gratitude and humanity to their immigrant brothers.

However, this was not enough from the Muslims of Medina. So, they came into the Prophet’s presence and made this proposal which showed how self-sacrificing they were:

“O Messenger of God! Share our date gardens between us and our immigrant brothers!”

However, the Migrants had not worked in agriculture till then. They did not know much about agriculture. Therefore, the Prophet rejected the Ansaris’ proposal in favor of the Migrants.

Then, the Muslims of Medina found a solution to it. The Migrants who were not familiar with agriculture would only be occupied with watering and grooming, and they would do the cultivating themselves. The harvest would be shared equally. Prophet Muhammad accepted this proposal.(2)

The Migrants did not idle about thinking “The Ansari brothers gave us accommodation and subsistence.” This would contradict studiousness arising from their belief. Each of them tried their best so as not to be a burden on anyone.

The most remarkable example of this is Abdur-Rahman ibn `Awf’s (one of the ten Companions who were promised to enter Heaven) answer to Sa`d ibn Ar-Rabi’s proposal.

“I am the richest of all Muslims of Medina in terms of money. I saved half of my wealth for you!” said Sa`d ibn ar-Rabi` to Abdur-Rahman bin `Awf, who were fraternized as brothers.

Great Companion Abdur-Rahman ibn Awf’s answer was as noteworthy as the proposal: “May God make your wealth auspicious for you! I do not need it. The greatest favor you can do me is to show me the way to the bazaar where you do shopping.”(3)

The next morning, Abdur-Rahman ibn `Awf, who was taken to Qaynuqa` bazaar, bought some goods such as oil and cheese and started the trade business. After a while, he earned a fair income and then became one of the well-known tradesmen of Medina.

Many other Muslims of Mecca found appropriate jobs for themselves and lived happily by their own work, like Companion Abdur-Rahman ibn `Awf.

God, the Almighty, praised this unique sincerity, hospitality, gratitude, generosity, and self-sacrifice which the Ansaris showed to their immigrant brothers, declaring it in the following Qur’anic verses:

For the poor emigrants who were expelled from their homes and their properties, seeking bounty from God and [His] approval and supporting God and His Messenger, [there is also a share]. Those are the truthful.

And [also for] those who were settled in Al-Madinah and [adopted] the faith before them. They love those who emigrated to them and find not any want in their breasts of what the emigrants were given but give [them] preference over themselves, even though they are in privation. And whoever is protected from the stinginess of his soul – it is those who will be the successful. (Al-Hashr 59:8-9)

To conclude, it is quite safe to say that the fraternity between the Migrants and the Ansaris was a unique experience of social integration. It may be seen as the earliest and most successful social integration throughout history. We notice that the members of the early Muslim community based in Medina were equal in dignity and rights and that everyone was entitled to all the rights and freedoms without distinction of any kind, in particular as to race, color or national origin.
___________