Forgiveness and Pardon in Islam 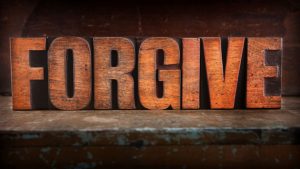 Islam urges forgiveness for even non-Muslims

Indeed, forgiveness is one of the qualities characterizing God, from which one of His most beautiful names, namely “Forgiving”, is derived. In the Qur’an, God often describes Himself as “Forgiving” in order to stress the importance of this good manner.

For example, we read:

Then We forgave you after that so perhaps you would be grateful. (Al-Baqarah 2:52)

Indeed, those of you who turned back on the day the two armies met, it was Satan who caused them to slip because of some [blame] they had earned. But Allah has already forgiven them. Indeed, Allah is Forgiving and Forbearing. (Aal `Imran 3:155)

For those it is expected that Allah will pardon them, and Allah is ever Pardoning and Forgiving. (An-Nisaa‘ 4:99)

`Urwah narrated on the authority of `A’ishah, the wife of the Prophet, that she said to the Messenger of Allah: “O Messenger of Allah, has there come to you a day worse than the day of Uhud?” He said: “I have suffered at the hands of your people, and the most unkind treatment I met from them was what I received from them on the day of Al-`Aqaba. I betook myself to Ibn Abd Yalayl ibn Abd Kulal (with the purpose of inviting him to Islam), but he did not respond to me as I desired. So I departed with signs of (deep) distress on my face. I did not recover until I reached Qarn Al-Tha`alib, where I raised my head, lo! Near me was a cloud which had cast its shadow on me. I looked and lo! There was in it Angel Gabriel who called out to me and said: ‘Allah has heard what your people have said to you, and how they have reacted to your call. And He has sent to you the angel in charge of the mountains so that you may order him what you wish (him to do) with regard to them.’ The angel in charge of the mountains (then) called out to me, greeted me and said: ‘O Muhammad, Allah has listened to what your people have said to you. I am the angel in charge of the mountains, and your Lord has sent me to you so that you may order me what you wish. If you wish I may close down on them Al-Akhshabayn (two mountains in Makkah)’? But the Messenger of Allah said to him: ‘I rather hope that Allah will produce from among their descendants those who worship Allah, alone, and do not ascribe partners to Him.’” (Agreed-on hadith)

Prophet Muhammad was commanded to show forgiveness and pardon and even pray for the forgiveness of the believers. In the Qur’an, we read:

Show forgiveness, enjoin what is good, and turn away from the ignorant. (Al-A`raf 7:199)

It is reported that when the above verse “show forgiveness…” was revealed, Prophet Muhammad asked Gabriel: “What is this?” He replied: “I do not know. Let me ask Him.” Then, he came back and said: “Indeed, your Lord commands you to foster good relations with he who breaks off relations with you, give to he who deprives you and forgive he who wrongs you.” (At-Tabari)

And let not those of virtue among you and wealth swear not to give [aid] to their relatives and the needy and the emigrants for the cause of Allah , and let them forgive and pardon. Would you not like that Allah should forgive you? And Allah is Forgiving and Merciful. (An-Nur 24:22)

Also, God urges and recommends Muslims to show forgiveness, pardon and graciousness towards one another. In the Qur’an, we read:

And the retribution for an evil act is an evil one like it, but whoever forgives and makes reconciliation – his reward is [due] from Allah . Indeed, He does not like wrongdoers. (Ash-Shura 42:40)

O you who have believed, indeed, among your wives and your children are enemies to you, so beware of them. But if you pardon and overlook and forgive – then indeed, Allah is Forgiving and Merciful. (At-Taghabun 64:14)

And if you divorce them before you have touched them and you have already specified for them an obligation, then [give] half of what you specified – unless they forego the right or the one in whose hand is the marriage contract foregoes it. And to forego it is nearer to righteousness. And do not forget graciousness between you. Indeed Allah, of whatever you do, is Seeing. (Al-Baqarah 2:237)

Besides, Islam urges forgiveness for even non-Muslims. In the Qur’an, we read:

Many of the People of the Scripture wish they could turn you back to disbelief after you have believed, out of envy from themselves [even] after the truth has become clear to them. So forgive and pardon until Allah delivers His command. Indeed, Allah is over all things competent (Al-Baqarah 2:109)

Forgiveness is a characteristic of the righteous whom God promises forgiveness and Paradise. In the Qur’an, we read:

And hasten to forgiveness from your Lord and a garden as wide as the heavens and earth, prepared for the righteous, Who spend [in the cause of Allah] during ease and hardship and who restrain anger and who forgive people – and Allah loves the doers of good (Aal `Imran 3:133-134)

In Islam, forgiveness has great merit. Prophet Muhammad taught us that forgiveness does not derogate from Muslim’s honor but rather increases his honor.

Abu Hurairah reported that Prophet Muhammad said: “Charity does not decrease wealth, no one forgives another except that Allah increases his honor, and no one humbles himself for the sake of Allah except that Allah raises his status.” (Muslim)

Companion Abu Ad-Darda’ was asked about the most honorable person. He replied: “He who forgives if he is able (to avenge). So show forgiveness so that God may honor you.” (Ihya `Ulum Ad-Din by Al-Ghazaly)

Imam Ali bin Abu Talib said: “If you are able to destroy your enemy, show forgiveness as thanksgiving for such ability.” (Al-Abshihy’s Al-Mustatraf)

Muayiah ibn Abu Sufyan said: “Show forbearance and tolerance until you seize the opportunity. If you do, show pardon and graciousness” (Ihya `Ulum Ad-Din by Al-Ghazaly)