Indeed, forbearance is one attribute of God, from which one of His Most Beautiful Names is derived. In Islam, God is “Forbearing”. In the Qur’an, God often describes Himself as “Forbearing”. For example, God says: 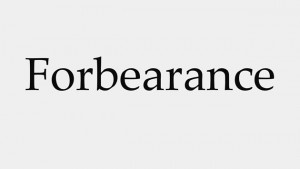 Forbearance is one of the qualities most liked by God

Kind speech and forgiveness are better than charity followed by injury. And God is Free of need and Forbearing. (Al-Baqarah 2:263)

He will surely cause them to enter an entrance with which they will be pleased, and indeed, God is Knowing and Forbearing. (Al-Hajj 22:59)

If you loan God a goodly loan, He will multiply it for you and forgive you. And God is Most Appreciative and Forbearing. (At-Taghabun 64:17)

Forbearance is also a characteristic of the prophets and messengers of God. God praises some prophets, like Prophet Abraham, for having this characteristic. God says:

God also praises Prophet Ishmael for his forbearance even before his birth. God says:

Since forbearance is an attribute of God and a tradition of His prophets and messengers, it is rendered a reason for love for a servant by God. Prophet Muhammad once said to Ashaj Abdul-Qays: “Indeed, you have two qualities which God likes: (namely) forbearance and longanimity.” (Muslim)

Anger restraint is one of the qualities of the righteous people whom God promises forgiveness and admission to Paradise. God says:

And hasten to forgiveness from your Lord and a garden as wide as the heavens and earth, prepared for the righteous, who spend [in the cause of God] during ease and hardship and who restrain anger and who pardon the people – and God loves the doers of good (Aal `Imran 3:133-134)

Prophet Muhammad praised such people who show forbearance and restrain anger. He said: “The strong person is not the good wrestler. Rather, the strong person is the one who controls himself when he is angry.” (Al-Bukhari and Muslim)

Prophet Muhammad instructed us to pray to God for releasing anger. Ibn Jarir At-Tabari reported in his exegesis that Umm Salamah said: “I wondered: ‘O Messenger of God, may you teach me a supplication to make for myself?’ He replied: ‘Ok, say: ‘O God, Lord of Prophet Muhammad, forgive my sin, release the anger of my heart and protect me from the misleading trials.’”

Anger restraint has great reward with God. `Abdullah ibn `Umar reported that Prophet Muhammad said: “A servant never suppresses anything for which he may get reward more than a feeling of anger which he suppresses for the sake of God.” (Ibn Majah)

Furthermore, Prophet Muhammad said: “He who restrains his anger, while he can give vent to it, will be called by God on the Day of Judgment in front of all creatures so that He will give him houris of choice.” (At-Tirmidhi)

To control, restrain and suppress anger, a Muslim is recommended to change his body position from standing to sitting, or from sitting to lying etc. Abu Dhar reported that Prophet Muhammad said: “If one of you gets angry while standing up, let him sit down. If anger cannot be still controlled, let him lie down.” (Ahmad and Abu Dawud)

An angry person is recommended to perform ablution so that anger can be released. Prophet Muhammad said: “Anger is from the Devil, and the Devil is created from fire. Fire is extinguished by water. If one of you gets angry, let him perform ablution.” (Abu Dawud)

How many situations where Prophet Muhammad showed forbearance to people and restrained his anger! Anas bin Malik reported: “While I was going along with the Messenger of God who was wearing a Najrani garment with a thick border, a Bedouin overtook the Prophet and pulled his garment forcibly. I looked at the side of the shoulder of the Prophet and noticed that the edge of the garment had left a mark on it because of the violence of his pull. The Bedouin said, “O Muhammad! Order them to give me some of God’s property which you have.” The Prophet turned towards him, smiled and ordered that he be given something.” (Al-Bukhari)