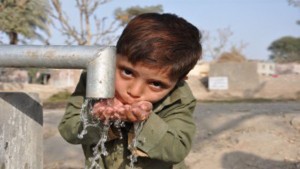 As a matter of fact, all divine religions order fathering and sustaining orphans and warn people against mistreating them. According to these religions, severe punishment is administered to those abusing orphans.

The Old Testament tells us that God is a father to the orphans. We read the following verse: “A father to the fatherless, a defender of widows, is God in his holy dwelling.” (Psalm 68:5)

The Old Testament orders defending the cause of the orphans. We read the following verse: “Defend the cause of the weak and fatherless; maintain the rights of the poor and oppressed.” (Psalm 82:3)

Also, the Old Testament tells us that if an orphan is mistreated and he cries out to God, His wrath burns and God will then kill the oppressor and render his wife a widow and his children fatherless.

In the Old Testament, we read the following verses: “You shall not mistreat any widow or fatherless child. If you do mistreat them, and they cry out to me, I will surely hear their cry, and my wrath will burn, and I will kill you with the sword, and your wives shall become widows and your children fatherless.” (Exodus 22:22-24)

The New Testament calls for looking after orphans. We read the following verse: ” Religion that God our Father accepts as pure and faultless is this: to look after orphans and widows in their distress and to keep oneself from being polluted by the world.” (James 1:27)

The Qur’an states that one of the descriptions of the righteous people who will be admitted to Paradise is giving food to the orphans for the sake of God. In the Qur’an, we read the following verses:

Indeed, the righteous will drink from a cup [of wine] whose mixture is of Kafur, a spring of which the [righteous] servants of Allah will drink…They [are those who] fulfill [their] vows and fear a Day whose evil will be widespread. And they give food in spite of love for it to the needy, the orphan, and the captive. (Al-Insan 76:5-8)

The Qur’an warns against devouring the property of the orphan. Besides, it orders safeguarding such property until the orphan reaches maturity. In the Qur’an, we read the following verse:

“And do not approach the property of an orphan except in the way that is best until he reaches maturity.” (Al-Israa’ 17:34)

Prophet Muhammad praised those women who opt to remain widows and refuse to marry to take care of their orphan children.

Abu Hurairah reports that Prophet Muhammad said: ”I will be the first one to open the gate of Paradise. All of a sudden, a woman will outstrip me. Then, I will wonder: ‘Who are you?’ She will reply: ‘I am a woman who remained a widow for the sake of orphans of mine.’” (Abu Ya`la)