The Commandments of Islam (1/3) 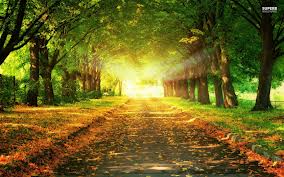 In the goal of Islam in its decrees and prohibitions is the formulation of a well-knit society .

Also, he (peace be upon him) said: “A true Muslim is he whom other Muslims are safe from his tongue and his hand, and a true muhajir (emigrant) is one who has left what Allah has forbidden.” (Al-Bukhari)

In the goal of Islam in its decrees and prohibitions is the formulation of a well-knit society in which the individuals show mutual mercy and love, exemplifying the saying of the Prophet Muhammad: “The believers in their love, mercy and their feeling for each other are like one body: if one part feels pains, all the other parts feel pain by fever and sleeplessness.” (Muslim)

1- It commands one to believe in the Tawhid (Oneness of Allah) and forbids associating partners with Him (shirk). Allah (Exalted be He) says:

Verily! Allah forgives not (the sin of) setting up partners in worship with Him, but He forgives whom he pleases sins other than that. (An-Nisaa’ 4:116)

The Prophet said: “Avoid the seven deadly sins.” They asked, “O Messenger of Allah, what are they?’ He replied, “Associating partners (shirk) with Allah, magic, killing someone who Allah has forbidden without right, taking interest, consuming the wealth of orphans, fleeing upon confronting the enemy in battle, and accusing chaste women believers who are far removed from committing any licentious acts.” (Al-Bukhari)

2- Islam commands treating others well and forbids false consummation of wealth, such as interest, theft, deception, usurpation of property, and the like. Allah says:

O you who believe! Eat not up your property among yourselves unjustly except it be a trade amongst you, by mutual consent. (An-Nisaa’ 4:29)

3- Islam commands justice and equity and forbids all types of oppression and transgression against others. Allah says:

4- Islam commands that people cooperate in righteousness, and it forbids that they cooperate in evil. Allah says:

Help you one another in righteousness and piety; and do not help one another in sin and transgression. And fear Allah. Verily, Allah is Severe in punishment. (Al-Ma’idah 5:2)

5- It commands safeguarding life, and forbids killing and participating in it by any means, except with due right. Allah says:

Because of that We ordained for the Children of Israel that if anyone killed a person not in retaliation of murder, or (and) to spread mischief in the land – it would be as if he killed all mankind, and if anyone saved a life, it would be as if he saved the life of all mankind. And indeed, there came to them Our Messengers with clear proofs, evidences, and signs, even then after that many of them continued to exceed the limits (e.g. by doing oppression unjustly and exceeding beyond the limits set by Allah by committing the major sins) in the land! (Al-Ma’idah 5:32)

And whoever kills a believer intentionally, his recompense is Hell to abide therein, and the wrath and the curse of Allah are upon him, and a great punishment is prepared for him.  (An-Nisaa’ 4:93)

6- Islam commands well-treatment of one’s parents and forbids that one disobeys them. Allah (Glory be to Him) says:

And your Lord has decreed that you worship none but Him. And that you be dutiful to your parents. If one of them or both of them attain old age in your life, say not to them a word of disrespect, nor shout at them but address them in terms of honor. And lower unto them the wing of submission and humility through mercy, and say: ‘My Lord! Bestow on them Your Mercy as they did bring me up when I was small.’  (Al-Israa’ 17:23, 24)

7- It commands joining ties of relation and forbids cutting them. Allah, the Almighty, says:

Would you then, if you were given the authority, do mischief in the land, and sever your ties of kinship? Such are they whom Allah has cursed, so that He has made them deaf and blinded their sight. (Muhammad 47:22, 23)

The Prophet said: “One who cuts ties of relations will not enter Paradise.” (Muslim)

8- Islam commands and encourages marriage. The Prophet said: “O youngsters! Whoever is able to get married let him do so, for it lowers one’s gaze and keeps one chaste. Whoever is not able, then let him fast, for indeed it acts like a shield for him.” (Al-Bukhari)

It forbids fornication and homosexuality and all things which lead to it. Allah, the Almighty, says:

Say (O Muhammad): ‘(But) the things that my Lord has indeed forbidden are the indecencies (great evil sins, every kind of unlawful sexual intercourse, etc.) whether committed openly or secretly, sins (of all kinds), unrighteous oppression, joining partners (in worship) with Allah for which He has given no authority, and saying things about Allah of which you have no knowledge.’  (Al-A`raf 7:33)

9- Islam orders the protection of the wealth of orphans and their well-treatment, and it forbids consuming their wealth without right. Allah says:

Verily, those who unjustly eat up the property of orphans, they eat up only a fire into their bellies, and they will be burnt in the blazing Fire! (An-Nisaa’ 4:10)

It forbids grieving and ill-treating them. Allah says:

Therefore, treat not the orphan with oppression. (Ad-Duha 93:9)

10- Islam orders that one be truthful in his testimony and forbids that one bear false witness. The Prophet said: “Shall I not tell you the three greatest sins?” They said. “Indeed O Messenger of Allah.” He said, “Associating partners with Allah (shirk) and ill-treatment of parents.” He was leaning (while he mentioned that), but then he sat up straight (as if he was alarmed) and said, “…and bearing false witness.” The narrator said, “He continued to repeat this until we wished that he would stop.” (Al-Bukhari)