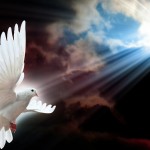 To have iman (faith) in Allah’s Messengers is to believe that Allah (Exalted be He) selected the finest amongst humanity as Messengers whom He sent to His creation with specific legislations; to worship and obey Allah and to establish His Religion and His Tawhid (Oneness of Allah) in His Lordship, Worship, and Names and Attributes.

He (Glory be to Him) ordered His Messengers to convey this message to people so that they would not have any proof against Allah or excuse for disobedience after He sent them. They gave glad-tidings of the Pleasure of Allah and His Jannah (Paradise) reserved for those who believe in them and their teachings, and gave stern warning of the anger of Allah and His punishment reserved for those who disbelieve in them and their teachings:

And We send not the Messengers but as givers of glad tidings and as warners. So whosoever believes and does righteous good deeds, upon such shall come no fear, nor shall they grieve. But those who reject Our ayat (verses, signs, proofs), the torment will touch them for their disbelief. (Al-An`am 6:48, 49)

They (the disbelievers), therefore, will not be able to say:

Our Lord! Why did You not send us a messenger? We should then have followed Your ayat (verses of the Qur’an) and should have been among the believers. (Al-Qasas 28:47)

There are many Prophets and Messengers; no-one knows their exact number except Allah. Allah says:

One must believe in all of them and that they were purely and truly only human in nature; they were not supernatural beings. Allah says:

And We sent not before you (O Muhammad) but men to whom We inspired, so ask the people of the reminder (Scriptures) if you do not know. And We did not create them (the messengers, with) bodies that ate not food, nor were they immortal. (Al-Anbiyaa’ 21:7, 8)

They do not share any characteristics specific to Allah whatsoever. They can neither bring benefit nor can they cause harm. They do not have any control over the universe whatsoever, nor can they do with it as they please. They cannot do anything which only Allah is able to. Allah says:

Say (O Muhammad): ‘I possess no power of benefit or hurt to myself except as Allah wills. If I had the knowledge of the unseen, I should have secured for myself an abundance of wealth, and no evil should have touched me.’ (Al-A`raf 7:188)

If one believes in only some of them and not all, he has committed kufr (disbelief) and is considered to be outside the fold of Islam. Allah says:

From among the Messengers were those whom Allah called ‘Ulul-‘Azm’ or ‘those of strong determination’. They were the strongest of the Messengers in carrying the Message, conveying it to their people and being patient and steadfast in their mission. They were Nuh (Noah), Ibrahim (Abraham), Musa (Moses), `Isa (Jesus), and Muhammad (may the utmost of Allah’s mercy be upon them all).

Verily, We have inspired you (O Muhammad) as We inspired Noah and the Prophets after him. (An-Nisaa’ 4:163)

Muhammad (peace be upon him) was the last and final Messenger; no messenger will come after him until the Final Day. Allah says:

Muhammad is not the father of any man among you, but he is the Messenger of Allah and the last (end) of the prophets. (Al-Ahzab 33:40)

The religion of Muhammad completed Allah’s message to humanity, and thus has abrogated all the religions which preceded it. It is the complete and final religion of truth which is obligatory to be followed, and it will continue to be so until the Last Hour.

His name is Muhammad ibn `Abdullah ibn `Abdul-Muttalib ibn Hashim, and his nickname is Abul-Qasim. He was from the Arab tribe of Quraysh whose ancestry traces back to `Adnan. `Adnan was from the children of Isma`il (peace be upon him), the Prophet of Allah and son of Ibrahim (peace be upon him), the khalil (intimate friend) of Allah. The Prophet  said: “Indeed Allah chose the tribe of Kinanah over other tribes from the children of Isma`il; He chose the Quraysh over other tribes of Kinanah; He chose Banu Hashim over the other families of the Quraysh; and He chose me from Banu Hashim.” (Muslim)

He received his first revelation from Allah at the age of forty, and he remained in Makkah thereafter for thirteen years calling to Tawhid of Allah. He then migrated to Madinah and called its inhabitants to Islam, which they accepted. There, Allah revealed the remaining legislations.

The Prophet conquered Makkah eight years after his migration, and Allah took his soul at the age of sixty-three, after revealing to Him the entire Qur`an. All the legislations of the religion were revealed, completed and perfected, and the majority of the Arab nation accepted Islam.

The Fruits of Iman in the Messengers

Through the belief in Allah’s messengers, one benefits in the following ways:

1- One realizes the mercy and love that Allah has for His slaves as He sent to them Messengers conveying to them His religion.

2- It helps one distinguishes the believers truthful in their faith from others, for it is incumbent upon one who believes in his own Messenger to believe in the other Messengers prophesized in the divine books.

3- As a multiplication of good deeds, for those who believe in their own Messenger and in addition to that believe in the other Messengers of Allah, they will receive double reward.

The article is an excerpt from the author’s book “How to Become a Muslim”, Islam House (2004).