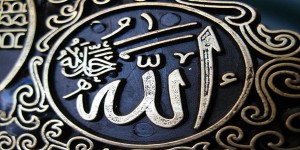 `Adi was the son of the chieftain of Tai’ tribe which lived in Najd, in the central part of the Arabian Peninsula.

Calling to Allah was the mission of all the Messengers and Prophets beginning with Adam until the Last Prophet Muhammad (peace be upon them all) and his followers, as Almighty Allah says in the Qur’an:

Say (O Muhammad), “This is my way; I invite to Allah with insight, I and those who follow me. And exalted is Allah; and I am not of those who associate others with Him.” (Al-An`am 6:108)

Their mission was to bring people out of the darkness of disbelief into the light of Islam, from worshiping idols to the worship of Allah, and from the Hellfire to Paradise. The Prophet (peace be upon him) used to call people with wisdom and beautiful preaching based on the Qur’anic guidance as Almighty Allah says:

Invite to the way of your Lord with wisdom and good instruction, and argue with them in a way that is best… (An-Nahl 16:125)

In the following, we will discuss in brief the story of the conversion of `Adi ibn Hatim At-Ta’i who was one of the greatest figures of Christianity during the period that preceded Islam:

`Adi was the son of Hatim, the chieftain of Tai’ tribe, which lived in Najd Province in the central part of Arabian Peninsula. After the death of Hatim, his son `Adi was crowned as the ruler. When Muhammad (peace be upon him) started calling people to Islam, `Adi felt threat to his rule. Therefore, he began to oppose Muhammad and act against the interests of Islam. `Adi and his tribe were Christians. When Islamic conquests came near to his tribe’s boundaries, `Adi decided to flee to Syria that was under a Christian King. Due to his haste in leaving his people, he could not take his beloved sister along with his caravan proceeding to Syria.

They have taken their scholars and monks as lords besides Allah… (At-Tawbah 9:31)

`Adi said that they did not worship them, but the Prophet replied, “Yes, but they prohibited to the people what was lawful and permitted them what was unlawful, and the people obeyed them. This was indeed their worship of them.” The Prophet then said, “O `Adi what do you say? What is wrong in declaring that Allah is the Greatest? Do you know any God other than Allah? Then, the Prophet invited him to embrace Islam and `Adi accepted. `Adi said, “I saw him (the Prophet) with a cheerful face saying: ‘Indeed the Jews have evoked Allah’s Anger whereas the Christians are misguided.’” (At-Tirmidhi and Ahmad)

Imam Ahmad also narrated on the authority of `Adi, “I came to the house of the Prophet (peace be upon him) and he said,: “O `Adi, accept Islam and you will be safe!” I replied, “I already have a religion.” The Prophet said, “I know more about religion than you do.” I said, “You know more about my religion than I do?” The Prophet said, “Yes, are not you from the Rukusiyyah (a sub-sect within Christianity and Sabeans)? And when you go to war, do you not share one quarter of your people’s booties?” I said, “Yes.” The Prophet (peace be upon him) said, “I know what is preventing you from accepting Islam. You think that the only people to follow this religion are the oppressed people who have no strength: the Arabs have discarded them. O ‘Adi! Have you heard of Al-Hira (a city in ‘Iraq)?” I said, “I have not seen it, but I have heard of it?” After that, the Prophet (peace be upon him) said, “I swear by the One Who has my soul in His Hand, Allah will complete this affair, until a woman travels from Al-Hira to make circumambulation around the Ka`bah, without fearing anyone, and the treasures of Kisra ibn Hurmuz will be seized.” I said, “The treasures of Kisra ibn Hurmuz?” The Prophet said, “Yes, Kisra ibn Hurmuz, and money will be spent until none would accept it.” (Ahmad)