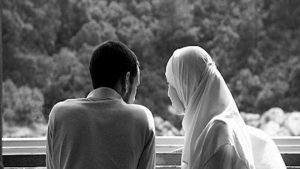 One of the scientific facts on which both the Bible and the Qur’an agree is woman’s creation from man. In the Old Testament, the Bible says that Eve was created from Adam’s rib. We read: “So the Lord God caused a deep sleep to fall upon Adam; and while he slept, He took one of his ribs and closed up the flesh at that place. And the rib which the Lord God had taken from the man He made (fashioned, formed) into a woman, and He brought her and presented her to the man.” (Genesis 2:21-22)

The Qur’an tells us that woman was created from man. We read:

O mankind, fear your Lord, who created you from one soul and created from it its mate and dispersed from both of them many men and women. And fear Allah , through whom you ask one another, and the wombs. Indeed Allah is ever, over you, an Observer. (An-Nisaa` 4:1)

It is He who created you from one soul and created from it its mate that he might dwell in security with her. And when he covers her, she carries a light burden and continues therein. And when it becomes heavy, they both invoke Allah, their Lord, “If You should give us a good [child], we will surely be among the grateful.” (Al-A`raf 7:189)

He created you from one soul. Then He made from it its mate, and He produced for you from the grazing livestock eight mates. He creates you in the wombs of your mothers, creation after creation, within three darknesses. That is Allah, your Lord; to Him belongs dominion. There is no deity except Him, so how are you averted? (Az-Zumar 39:6)

Abu Hurairah reported that the Messenger of God said: “Take my advice with regard to women: Act kindly towards women, for they were created from a rib, and the most crooked part of a rib is its uppermost. If you attempt to straighten it; you will break it, and if you leave it alone it will remain crooked; so act kindly toward women”. (Al-Bukhari)

However, woman’s creation from a crooked rib and the ensuing stigmatization of women as crooked is something which has nothing to do to such a woman who duly plays her role as a loving mother, dutiful wife and good member of the society. This rather affects such a woman whose crookedness overshadows her behavior to such an extent which causes her to fall short of her duties either as a mother, wife or society member.

This kind of woman is, unfortunately, many in number, which has caused womankind as a whole to be dismissed as crooked. “Sin is general, whereas a good deed is particular,” as the Arabic saying goes.

Nevertheless, the abovementioned crookedness is not deemed a justification for woman abuse but rather a reason why she should be tolerated and treated kindly given the fact that her behavior is heavily influenced by her sentimental nature. Also, it should be borne in mind that woman’s infinite emotion and finite prudence are instrumental in the fulfillment of her duties as a wife and mother. While such volatile nature has side effects represented by the so-called “crookedness”, man is commanded to put up with the side effects and make maximum use of the originally beneficial essence.

After all, everything in this universe has its pros and cons. So long as pros outweigh cons, cons should be tolerated and not exaggerated so that happiness will be got in this world and the Hereafter.

Watch those videos to know the reasons why woman was created from man according to Christianity and Islam: