Trinity between Religion and History 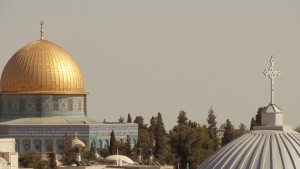 Trinity is a false creed and Trinitarians are seen as polytheists and disbelievers.

Needless to say, trinity is one of the most controversial creeds, over which the three divine religions disagree. It is ironic that even Christians themselves did, do and will continue to differ about such a creed.

According to Judaism, the belief that Jesus is God, the son of God, or a person of the Trinity, is incompatible with Jewish philosophical tenets. The same applies to belief in Jesus as the Messiah or a prophet of God: those beliefs are also contrary to traditional Jewish views. The idea of the Jewish Messiah is different from the Christian Christ because Jews believe Jesus did not fulfill Jewish Messianic prophecies that establish the criteria for the coming of the Messiah. Authoritative texts of Judaism reject Jesus as God, Divine Being, intermediary between humans and God, Messiah or even saint. The belief in the Trinity is also held to be incompatible with Judaism, as are a number of other tenets of Christianity.1

In Judaism, the idea of God as a duality or trinity is heretical — it is even considered polytheistic by some rabbis. According to Judaic beliefs, the Torah rules out a trinitarian God in Deuteronomy (6:4): “Hear Israel, the Lord is our God, the Lord is one.”

On the other hand, the Christian doctrine of the Trinity defines God as three divine persons or hypostases: the Father, the Son (Jesus), and the Holy Spirit; “one God in three persons”. The three persons are distinct, yet are one “substance, essence or nature”.2

According to this central mystery of most Christian faiths, there is only one God in three persons: while distinct from one another in their relations of origin (as the Fourth Lateran Council declared, “it is the Father who generates, the Son who is begotten, and the Holy Spirit who proceeds”) and in their relations with one another, they are stated to be one in all else, co-equal, co-eternal and consubstantial, and “each is God, whole and entire”.3 Accordingly, the whole work of creation and grace is seen as a single operation common to all three divine persons, in which each shows forth what is proper to him in the Trinity, so that all things are “from the Father”, “through the Son” and “in the Holy Spirit”.4

In the synoptic Gospels, the baptism of Jesus is often interpreted as a manifestation of all three persons of the Trinity: “And when Jesus was baptized, he went up immediately from the water, and behold, the heavens were opened and he saw the spirit of God descending like a dove, and alighting on him; and lo, a voice from heaven, saying, ‘This is my beloved Son, with whom I am well pleased.'” [Mt 3:16–17] Baptism is generally conferred with the Trinitarian formula, “in the name of the Father, and of the Son, and of the Holy Spirit” [Mt 28:19]

According to Islam, trinity is a false creed and Trinitarians are seen as polytheists and disbelievers. Allah says in the Qur’an:

They have certainly disbelieved who say, ‘Allah is the third of three.’ And there is no god except one God. And if they do not desist from what they are saying, there will surely afflict the disbelievers among them a painful punishment. (Al-Ma’idah 5:73)

Scripture does not expressly contain a formulated doctrine of the Trinity. The doctrine did not take its definitive shape until late in the fourth century.5 During the intervening period, various tentative solutions, some more and some less satisfactory were proposed.6 Trinitarianism contrasts with non-trinitarian positions which include Binitarianism (one deity in two persons, or two deities), Unitarianism (one deity in one person, analogous to Jewish interpretation of the Shema and Muslim belief in Tawhid), Oneness Pentecostalism or Modalism (one deity manifested in three separate aspects).

The first recorded use of this Greek word in Christian theology (although not about the Divine Trinity) was by Theophilus of Antioch in about 170. He wrote:7

In like manner also the three days which were before the luminaries, are types of the Trinity [Τριάδος], of God, and His Word, and His wisdom. And the fourth is the type of man, who needs light, that so there may be God, the Word, wisdom, man.8

Tertullian, a Latin theologian who wrote in the early 3rd century, is credited as being the first to use the Latin words “Trinity”,9 “person” and “substance”10 to explain that the Father, Son, and Holy Spirit are “one in essence—not one in Person”.11

The first of the early church fathers to be recorded using the word “Trinity” was Theophilus of Antioch writing in the late 2nd century. He defines the Trinity as God, His Word (Logos) and His Wisdom (Sophia)12 in the context of a discussion of the first three days of creation. The first defense of the doctrine of the Trinity was in the early 3rd century by the early church father Tertullian. He explicitly defined the Trinity as Father, Son, and Holy Spirit and defended the Trinitarian theology against the “Praxean” heresy.13

Although there is much debate as to whether the beliefs of the Apostles were merely articulated and explained in the Trinitarian Creeds,14 or were corrupted and replaced with new beliefs,145 all scholars recognize that the Creeds themselves were created in reaction to disagreements over the nature of the Father, Son, and Holy Spirit. These controversies, however, were great and many, and took some centuries to be resolved.

In 325, the Council of Nicaea adopted the Nicene Creed which described Christ as “God of God, Light of Light, very God of very God, begotten, not made, being of one substance with the Father”. The creed used the term homoousios (of one substance) to define the relationship between the Father and the Son. After more than fifty years of debate, homoousios was recognized as the hallmark of orthodoxy, and was further developed into the formula of “three persons, one being”.

Athanasius, who was present at the Council as one of the Bishop of Alexandria’s assistants, stated that the bishops were forced to use this terminology, which is not found in Scripture, because the biblical phrases that they would have preferred to use were claimed by the Arians to be capable of being interpreted in what the bishops considered to be a heretical sense.16

The Confession of the Council of Nicaea said little about the Holy Spirit.17 The doctrine of the divinity and personality of the Holy Spirit was developed by Athanasius in the last decades of his life.18 He defended and refined the Nicene formula.19 By the end of the 4th century, under the leadership of Basil of Caesarea, Gregory of Nyssa, and Gregory of Nazianzus (the Cappadocian Fathers), the doctrine had reached substantially its current form.20