Tolerance in Christianity and Islam (2/2)

In this article, we will see how tolerant Christianity and Islam have been towards the followers of other faiths and whether Jesus was really more tolerant than Prophet Muhammad.

Tolerance towards the Followers of the Other Faiths 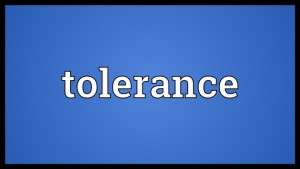 Jesus could not engage into jihad to support his cause. He could only call to God quite peacefully

Those people support their allegation with the following and similar statements attributed to Jesus in the New Testament:

“And whosoever shall not receive you, nor hear you, when ye depart thence, shake off the dust under your feet for a testimony against them. Verily I say unto you, it shall be more tolerable for Sodom and Gomorrha in the Day of Judgment, than for that city.” (Mark 6:11)

They argue that Jesus did not confront disbelief in him and his message with the logic of power and violence as Islam and Prophet Muhammad did.

However, we may ask: was Jesus’ message purely peaceful and totally free from jihad (struggle)? The answer to this question may be deduced from the following statements of Jesus himself:

“But those enemies of mine who did not want me to be king over them–bring them here and kill them in front of me” (Luke 19:27)

“I have come to bring fire on the earth, and how I wish it were already kindled! But I have a baptism to undergo, and what constraint I am under until it is completed! Do you think I came to bring peace on earth? No, I tell you, but division. From now on there will be five in one family divided against each other, three against two and two against three. They will be divided, father against son and son against father, mother against daughter and daughter against mother, mother-in-law against daughter-in-law and daughter-in-law against mother-in-law.” (Luke 12:49-53)

The Passover of the Jews was at hand, and Jesus went up to Jerusalem. In the temple he found those who were selling oxen and sheep and pigeons, and the money-changers sitting there. And making a whip of cords, he drove them all out of the temple, with the sheep and oxen. And he poured out the coins of the money-changers and overturned their tables. And he told those who sold the pigeons, “Take these things away; do not make my Father’s house a house of trade.” His disciples remembered that it was written, “Zeal for your house will consume me.” (John 2:13-17)

The above verses indicate that the intention of jihad was cherished by Jesus simply because each cause needs forces to protect and defend it. But, was Jesus capable of jihad as Prophet Muhammad was?

The answer is “no,” for Jesus lived under direct rule by the pagan Roman Empire and he had not such followers who could support, protect or defend him. Jesus foreknew that his disciples would disown, fail, let him down and even deliver him to his enemy. The New Testament quotes Jesus as saying:

“This very night you will all fall away on account of me, for it is written: ‘I will strike the shepherd, and the sheep of the flock will be scattered.’ But after I have risen, I will go ahead of you into Galilee.” Peter replied, “Even if all fall away on account of you, I never will.” “Truly I tell you,” Jesus answered, “this very night, before the rooster crows, you will disown me three times.” But Peter declared, “Even if I have to die with you, I will never disown you.” And all the other disciples said the same. (Matthew 26:31-35)

Therefore, Jesus could not engage into jihad to support his cause. He could only call to God quite peacefully. He did not think for even a moment to struggle against the then authority. According to the New Testament, he called for submission, surrender and obedience to this authority though it was pagan and did not believe in God as the Deity or in him as a prophet and messenger or even as a teacher and messiah.

We read: So they watched Him, and sent spies who pretended to be righteous, in order that they might catch Him in some statement, so that they could deliver Him to the rule and the authority of the governor. They questioned Him, saying, “Teacher, we know that You speak and teach correctly, and You are not partial to any, but teach the way of God in truth. Is it lawful for us to pay taxes to Caesar, or not?” But He detected their trickery and said to them, “Show Me a denarius. Whose likeness and inscription does it have?” They said, “Caesar’s.” And He said to them, “Then render to Caesar the things that are Caesar’s, and to God the things that are God’s.” (Luke 20:20-25)

We also read: “Show proper respect to everyone: Love the brotherhood of believers, fear God, honor the king.” (1 Peter 2:17)

Insofar as Prophet Muhammad is concerned, besides his peaceful preaching, he was ordered to prepare as much armed forces as possible to defend himself and his cause. In this regard, God says in the Qur’an:

And prepare against them whatever you are able of power and of steeds of war by which you may terrify the enemy of God and your enemy and others besides them whom you do not know [but] whom God knows. (Al-Anfal 8:60)

Not only was Prophet Muhammad ordered to engage in jihad to defend himself and his mission, but also he was ordered to encourage the believers to engage into jihad with him. In the Qur’an, God says:

So fight, [O Muhammad], in the cause of God; you are not held responsible except for yourself. And encourage the believers [to join you] that perhaps God will restrain the [military] might of those who disbelieve. And God is greater in might and stronger in [exemplary] punishment. (An-Nisaa’ 4:84)

Unlike the disciples who failed Jesus, the Companions responded to, defended and ransomed Prophet Muhammad with their souls and property. About that, God says in the Qur’an:

Those [believers] who responded to God and the Messenger after injury had struck them. For those who did good among them and feared God is a great reward – Those to whom hypocrites said, “Indeed, the people have gathered against you, so fear them.” But it [merely] increased them in faith, and they said, “Sufficient for us is God, and [He is] the best Disposer of affairs.” So they returned with favor from God and bounty, no harm having touched them. And they pursued the pleasure of God, and God is the possessor of great bounty. That is only Satan who frightens [you] of his supporters. So fear them not, but fear Me, if you are [indeed] believers. (Aal `Imran 3:172-175)

Thus, God supported Prophet Muhammad with such faithful followers who protected and defended him. In the Qur’an, God says:

O Prophet, sufficient for you is God and for whoever follows you of the believers. (Al-Anfal 8:64)

But if they intend to deceive you – then sufficient for you is God. It is He who supported you with His help and with the believers (Al-Anfal 8:62)

But those who have believed and emigrated and fought in the cause of God and those who gave shelter and aided – it is they who are the believers, truly. For them is forgiveness and noble provision. (Al-Anfal 8:74)

In spite of Prophet Muhammad’s empowerment on earth and support with large military forces from sincere, faithful believers, Prophet Muhammad remained tolerant even at war and towards his polytheistic enemy.

Prophet Muhammad was inclined to peace and would not go to war unless he had to. He was commanded to incline to peace whenever the enemy inclined to it.

And if they incline to peace, then incline to it [also] and rely upon God. Indeed, it is He who is the Hearing, the Knowing. (Al-Anfal 8:61)

Prophet Muhammad used to give captives good treatment and then pardon and release them by virtue by a commandment from God. God says:

O Prophet, say to whoever is in your hands of the captives, “If God knows [any] good in your hearts, He will give you [something] better than what was taken from you, and He will forgive you; and God is Forgiving and Merciful.” (Al-Anfal 8:70)

Say to those who have disbelieved [that] if they cease, what has previously occurred will be forgiven for them. But if they return [to hostility], then the precedent of the former [rebellious] peoples has already taken place. (Al-Anfal 8:38)

Finally, it is safe to say that Jesus did not have the opportunity to engage into jihad, nor did God enable him to establish a state for himself and his mission where the law of God could be enjoined. Therefore, only peaceful preaching was available to him.

When it comes to tolerance, it is a big mistake to draw a comparison between Jesus and Prophet Muhammad or Jesus’ message and Muhammad’s though we believe in both, on an equal footing. God empowered and even commanded Prophet Muhammad to prepare for and even engage into jihad. Moreover, He supported him with faithful followers who defended and protected him.

Thus, Prophet Muhammad was capable of peaceful preaching like Jesus, and what is more he was supported with the necessary armed forces. So he could defend himself and his mission and establish a state where he could enjoin the law of God.

Tolerance in Christianity and Islam (1/2)