Some of Prophet Muhammad’s Traditions 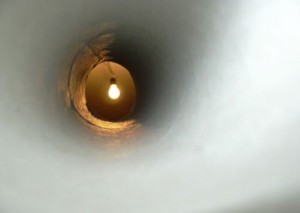 Knowledge of the unseen is Allah’s alone. Allah informs us that He grants this knowledge only to those He wills.

Say: “Pray if you will to those whom you deify besides Him. They cannot relieve your distress nor can they change it.” (Al-Isra‘ 17:56)

Say: “Have you pondered on those you invoke besides Allah? Show me what part of the Earth they have created. Or do they have a share in the heavens? Produce a Book for me revealed before this one or some other shred of divine knowledge, if you are telling the truth.” (Al- Ahqaf 46:4)

Trust in the Destiny Ordained By Allah

Every event in the eternal past was predetermined by Allah. A man is bound by a destiny ordained for him. The Prophet Muhammad (peace be upon him) told his people that they would not encounter anything other than what was predestined for them, for which reason they need to trust in Allah moment by moment and earn the rewards of such an attitude:

Say: “Nothing can happen to us except what Allah has ordained for us. He is our Guardian. It is in Allah that the believers should put their trust.” (At-Tawbah 9:51)

The Prophet (peace be upon him), by his submission to Allah, was an example to all Muslims, and he warned people that they would never have the power to change anything that came from Allah. He (peace be upon him) said, “Everything is by decree—even incapacity and ability.” (Malik’s Muwatta’)

The Unseen Is Seen Only by Allah

The word “unseen” in the Qur’an means everything beyond one’s perceptions and knowledge, everything concealed from the eyes. Knowledge of the unseen is Allah’s alone. Allah informs us that He grants this knowledge only to those He wills. Almighty Allah stated that it is Allah Alone Who knows the “unseen”:

Say: “Allah knows best how long they stayed. His are the secrets of the heavens and the Earth. How perfectly He sees, how well He hears! Man has no protector apart from Him. Nor does He share His rule with anyone.” (Al- Kahf 18:26)

Say: “No one in the heavens and on Earth knows the Unseen except Allah.” Men shall never be aware of when they will be raised to life. (An-Naml 27:65)

It is Allah Who creates every condition that people need to survive. The location of the earth in the solar system, the atmosphere that provides the required environment for life, water, an essential part of life that covers a great part of the earth, the movements of the Earth that enables the rise of the sun every morning and its sinking every evening and many such other happenings take place by Allah’s Will.

Allah (Glory be to Him) reminds people about His Superior Might:

The Prophet Muhammad told his people to look at the signs of creation in this world and to take lessons from them. Seeing these flawless signs of creation, people should grasp another important fact. Allah, Who is able to create all these things, will surely create their exact counterparts in the Hereafter. Allah (Exalted be He) explains this important fact to people:

Say: “Travel about the Earth and see how He brought creation out of nothing. Then later Allah will bring about the Second Creation. Allah has power over all things.” (Al-`Ankabut 29:20)

Allah Is the Creator of Everything

Man is a weak being with many inadequacies. He can only lead his life if Allah wills. However, Allah, Who is the Owner of everything, is far removed from all sorts of inadequacies and is exalted above all weaknesses. He is not in need of anything. The Prophet Muhammad (peace be upon him) was commanded to speak thus to his nation:

Say: “Am I to take anyone other than Allah as my Protector, the Creator of the heavens and the Earth, He Who feeds and is not fed?” Say: “I was commanded to be the first of the Muslims,” and, “You shall serve no other god besides Him.” Say: “I will never disobey my Lord, for I fear the punishment of a dreadful Day.” (Al-An`am 6:14-15)

The only way to lead an honorable and beautiful life is to tread the path to which Allah summons man. Those who associate partners with Allah and seek the approval of other beings, will be punished by a great humiliation both in this world and in the Hereafter. For this reason, the Prophet Muhammad (peace be upon him) told his people that the main way to salvation both in this world and beyond is the way of Allah. Almighty Allah says:

Say: “Are we to call on something besides Allah which can neither help nor harm us, and to turn on our heels after Allah has guided us, like someone the devils have bewitched, leaving him confused and stupefied, despite the fact that he has companions calling him to the right path, saying, ‘Come with us’?” Say: “Allah’s guidance, that is true guidance. We are commanded to submit as Muslims to the Lord of all the worlds.” (Al-An`am 6:71)

The Qur’an Is Allah’s Words

Say: “The One Who sent it down is He Who knows all hidden secrets in the heavens and Earth. He is Ever- Forgiving, Most Merciful.” (Al-Furqan 25:6)

Say: “Do but consider: If this Qur’an is indeed from Allah and you reject it, who could be more misguided than one who openly defies Him?” (Fussilat 41:52)

The Qur’an is the just book through which Allah communicates to His servants the demands. He makes upon them the purpose of their existence, the way of living they have to adopt both in this world and beyond and many other facts man needs to know.

Source: Taken from the author’s Our Messengers Say.