Prophet Muhammad: A Messenger from God 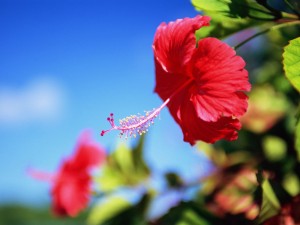 The Prophet Muhammad explained to this people that Allah is the only god and summoned them to believe in Allah.

The Prophet Muhammad (peace be upon him) said that those who fear Allah and seek to be forgiven, should follow him:

Say, “If you love Allah, then follow me and Allah will love you and forgive you for your wrong actions. Allah is Ever-Forgiving, Most Merciful.”  ( Al-`Imran 3:31)

For this reason, obedience to the messenger is at the heart religion and showing this obedience surely comes about through strict submissiveness to the issues conveyed by messengers.

They were the ones whom Allah guided, so follow their guidance. Say, “I do not ask you for any recompense for this. It is simply a reminder to all mankind.”   (Al- An`am 6:90)

Say: “I have not asked you for any recompense: Keep it for yourselves. My reward is the responsibility of Allah alone. He is the witness of all things.” (Saba’ 34:47)

In another verse, on the other hand, the Prophet Muhammad (peace be upon him), who told his people that he did not expect any rewards, made his main goal clear, saying:

“I do not ask you for any recompense for it—only let anyone who will, take the right path to his Lord.” (Al-Furqan 25:57)

The Prophet Muhammad (peace be upon him) Stated that those who wanted to see miracles to believe would still fail to believe, even if they did see miracles.

Although the signs of Allah’s existence are obvious, disbelievers find pretexts not to believe and ask for miracles from Allah. The Prophet Muhammad’s (peace be upon him) people also asked him to work miracles in order not to adhere to him; the reason why such people asked for miracles was not to have faith or to deepen their faith; it was simply a pretext for their unwillingness to submit themselves to Allah. Allah commanded the Prophet Muhammad (peace be upon him) to say the following to these people:

Every man is destined to die on a certain day, which is decided in Allah’s sight. When that time comes, angels assigned by Allah descend on man to take his soul. If it is the death of a faithful person, then angels greet him, giving him the good news of Paradise and take his soul with ease. If it is the death of a disbeliever, on the other hand, then angels inform him that he will be exposed to a degrading torment. At that very moment, seeing what should have been obvious to them, those who disbelieve will submit themselves. However, after that point, nothing, not even having faith, will avail the disbeliever, for the time granted to him is already up. Allah conveyed this fact to those seeking excuses for their disbelief and commanded the Prophet Muhammad (peace be upon him) to address the people as follows:

He Was Only a Human Being

Out of pride, non-God fearing people decline to obey a human being or accept that he could be superior to them, in spite of their own certainty about him. As we have also seen in the case of the past nations to whom messengers were sent, such people believe that messengers should possess attributes beyond ordinary human ability and power; in order not to obey them, they offer many excuses, saying that he could not have been a Prophet, for he was an ordinary person “walking in the market place.”

The Prophet Muhammad (peace be upon him) told people who had such expectations that he was only a human being and that those who had any intention of attaining salvation should turn to Allah alone.

Say: “I am only a human being like yourselves. It is revealed to me that your god is One God. So let him who hopes to meet his Lord act rightly and not associate anyone in the worship of his Lord.”  (Al-Kahf 18:110)

Again, in the face of such expectations on the part of his people, the Prophet Muhammad (peace be upon him) told them that he was only a reminder, that he only fulfilled his Lord’s commands and that those following him would find salvation:

He Was Submissive To Allah

Say, “Do you argue with us about Allah when He is our Lord and your Lord? We shall both be judged by our actions. To Him alone we are devoted.”  (Al-Baqarah 2:139)

He Had Faith in Allah Alone

The Prophet Muhammad (peace be upon him) explained his people that Allah is the only god and summoned them to believe in Allah. He warned against a grievous torment. Almighty Allah says:

Say: “I call only upon my Lord and do not associate anyone else with Him.” Say: “I have no control over any good or evil that befalls you.” Say: “No one can protect me from Allah and I will never find any refuge apart from Him. My mission is only to make known His Messages.” “As for one who disobeys Allah and His Messenger, he shall abide in the Fire of Hell, remaining in it timelessly, for ever and ever.”  (Al-Jinn 72:20-23)

To his people, who strove to divert him from the straight path, slandered him, threatened him with murdering and exiled him, the Prophet Muhammad (peace be upon him) conveyed the following message:

Say: “I am forbidden to worship those you invoke besides Allah.” Say: “I will not yield to your whims and desires. If I did, I would go astray and cease to be on the right path.” Say: “I have received veritable proofs from my Lord and yet you deny Him. I have no power to hasten that which you challenge. Jurisdiction over this is Allah’s alone. He tells the truth and He is the Best of Arbiters.”  (Al-An`am 6:56-57)

Source: Taken from the author’s book “Our Messengers Say.”