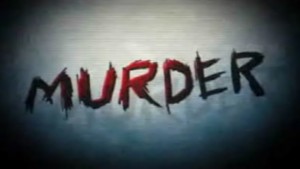 More than once in the Old Testament, the New Testament and the Qur’an, we find repeated condemnations of murder.

It goes without saying that all divine religions prohibit murder. More than once in the Old Testament, the New Testament and the Qur’an, we find repeated condemnations of murder.

In the Old Testament, we notice that the following verse is repeated twice: “You shall not murder.” (Exodus 20:13 & Deuteronomy 5:17) This verse is included in the Ten Commandments in the Torah.

Then the Lord said to Cain, “Where is your brother Abel?”

Cain said to the Lord, “My punishment is more than I can bear. Today you are driving me from the land, and I will be hidden from your presence; I will be a restless wanderer on the earth, and whoever finds me will kill me.”

But the Lord said to him, “Not so; anyone who kills Cain will suffer vengeance seven times over.” Then the Lord put a mark on Cain so that no one who found him would kill him. So Cain went out from the Lord’s presence and lived in the land of Nod,east of Eden. (Genesis 4:8-16)

The Qur’an prohibits murder. We read the following verse:

“Say, “Come, I will recite what your Lord has prohibited to you. [He commands] that you not associate anything with Him, and to parents, good treatment, and do not kill your children out of poverty; We will provide for you and them. And do not approach immoralities – what is apparent of them and what is concealed. And do not kill the soul which Allah has forbidden [to be killed] except by [legal] right. This has He instructed you that you may use reason.” (Al-An`am 6:151)

In the Qur’an, we also read the story of Abel and Cain but with different details:

And recite to them the story of Adam’s two sons, in truth, when they both offered a sacrifice [to Allah], and it was accepted from one of them but was not accepted from the other. Said [the latter], “I will surely kill you.” Said [the former], “Indeed, Allah only accepts from the righteous [who fear Him].

If you should raise your hand against me to kill me – I shall not raise my hand against you to kill you. Indeed, I fear Allah, Lord of the worlds.

Indeed I want you to obtain [thereby] my sin and your sin so you will be among the companions of the Fire. And that is the recompense of wrongdoers.”

And his soul permitted to him the murder of his brother, so he killed him and became among the losers.

Then Allah sent a crow searching in the ground to show him how to hide the disgrace of his brother. He said, “O woe to me! Have I failed to be like this crow and hide the body of my brother?” And he became of the regretful.

Because of that, We decreed upon the Children of Israel that whoever kills a soul unless for a soul or for corruption [done] in the land – it is as if he had slain mankind entirely. And whoever saves one – it is as if he had saved mankind entirely. And our messengers had certainly come to them with clear proofs. Then indeed many of them, [even] after that, throughout the land, were transgressors. (Al-Ma’idah 5:27-32)