Allah is One and Only God 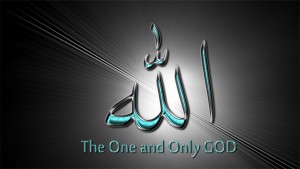 The most credible belief, when it comes to whether or not there is God, and if He is One or more, is that of monotheism. It does not sound sensible that this vast universe has no God simply because each creature must have a creator and each being must have a maker.

If we are to believe in a god for this universe, he must be a one and only god. He cannot be more than one simply because if we believe that he is more than one, this will sound illogical and irrational, in which case atheism will seem more credible than such a sort of polytheism given the quite likely difference arising from such polytheism.

Therefore, it is quite intuitive that the names and attributes of God include “One and Only God”.

One and Only God in Islam

In the Qur’an, God (called “Allah” in Arabic) is often described as “One”. We read:

And your god is one God. There is no deity [worthy of worship] except Him, the Entirely Merciful, the Especially Merciful. (Al Baqarah 2:163)

They have certainly disbelieved who say, “Allah is the third of three.” And there is no god except one God. And if they do not desist from what they are saying, there will surely afflict the disbelievers among them a painful punishment. (Al Ma’idah 5:73)

God is also described as “One and Only”. We read:

One and Only God in Christianity

Though the Bible, including the Old Testament and the New Testament, called for monotheism, we find biblical verses contradicting pure monotheism. For example, the Old Testament narrated that God feared Adam for he ate of the tree of the knowledge of good and evil and stated that by so doing Adam became “like of Us”, as if God were several persons and Adam would be one of them.

In the Old Testament, we read: Then the Lord God said, “Behold, the man has become like one of Us, to know good and evil. And now, lest he put out his hand and take also of the tree of life, and eat, and live forever” (Genesis 3:22)

Though the New Testament called for monotheism as reported on the authority of Jesus himself, we notice that the doctrine of the Trinity or the Holy Trinity was innovated and introduced into Christianity. It is ironic that this innovated, false belief has no basis in the Bible.

However, we observe that the Nicene Creed provides for the doctrine of the Trinity, attributes partners to God (called “Father” in Christianity), and makes Him into three persons. In the Nicene Creed, we read:

We believe in one God, the Father Almighty…And in one Lord Jesus Christ, the only-begotten Son of God… being of one substance with the Father… And in the Holy Ghost, the Lord and Giver of life, who proceedeth from the Father, who with the Father and the Son together is worshiped and glorified…

Nevertheless, as a matter of fact, distortion in the story of Adam and Eve and polytheism involved in the Nicene Creed were interpolated into the Bible, whose original message and verses undoubtedly call for pure monotheism. In the Bible, we find many verses affirming the Oneness of God and calling for monotheism.

In the New Testament, Jesus confirmed the Oneness of God and called for monotheism in more than one position. For example, we read: “And call no man your father on earth, for you have one Father, who is in heaven.” (Matthew 23:9)

We also read: And one of the scribes came up and heard them disputing with one another, and seeing that he answered them well, asked him, “Which commandment is the most important of all?” Jesus answered, “The most important is, ‘Hear, O Israel: The Lord our God, the Lord is one. And you shall love the Lord your God with all your heart and with all your soul and with all your mind and with all your strength.’ The second is this: ‘You shall love your neighbor as yourself.’ There is no other commandment greater than these.” And the scribe said to him, “You are right, Teacher. You have truly said that he is one, and there is no other besides him. (Mark 12:28-32)