God (Allah) is the Lord of Heaven and Earth 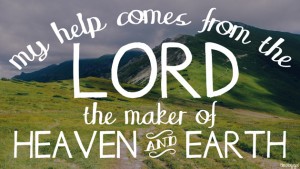 How can Jesus be God though he neither did describe himself nor was described as “Lord of Heaven and Earth”?

One of the names and attributes of God is “Lord of Heaven and Earth”. It is intuitive that God is given this description for He is the Creator of heaven and earth alone, without a partner.

Lord of Heaven and Earth in Islam

According to the Islamic conception, God (“Allah” in Arabic) is described as “Lord of Heaven and Earth”. For example, we read:

Then by the Lord of Heaven and Earth, indeed, it is truth – just as [sure as] it is that you are speaking. (Adh-Dhariyat 51:23)

God is also described as “Lord of Heavens and Earth”. For example, we read:

Say, “Who is Lord of Heavens and Earth?” Say, “Allah.” Say, “Have you then taken besides Him allies not possessing [even] for themselves any benefit or any harm?” (Ar-Ra`d 13:16)

Lord of Heavens and Earth and whatever is between them – so worship Him and have patience for His worship. Do you know of any similarity to Him?” (Maryam 19:65)

Lord of Heaven and Earth in Christianity

We also find Paul in the Chapter of Acts describing God as “Lord of Heaven and Earth”. We read: “For as I passed along and observed the objects of your worship, I found also an altar with this inscription, ‘To the unknown god.’ What therefore you worship as unknown, this I proclaim to you. The God who made the world and everything in it, being Lord of Heaven and Earth, does not live in temples made by man” (Acts 17:23-24)

A question here may arise: how can Jesus be God though he neither did describe himself nor was described as “Lord of Heaven and Earth”?

On the contrary, Jesus himself gave God this description, of which we do not find a like for Jesus in the Bible?

Jesus is “lord” Rather than “Lord” in the Bible

It is worth noting that reference to Jesus as “Lord” is itself inaccurate, even incorrect, for the original word in the Ancient Greek Language, in which the oldest manuscripts of the New Testament were written, was “κύριος”. This word used to be used to refer to God as well as human beings without any difference in writing, i.e. in the same letters, without difference in letter case.

When the original manuscripts were translated from the Old Greek into other languages, this word was distorted. For example, in the English version of the Bible, the word “lord” is capitalized in reference to both God (Father) and Jesus on an equal footing. However, when it is used to refer to anyone other than God and Jesus, it is not capitalized.

There is no denying that this involves distortion and confusion for such usage falsely indicates the divinity of Jesus in contradiction with the original manuscripts which did not draw a distinction between the usage of “κύριος” when referring to God and its usage to anyone other than God.

For example, the Bible tells us that the Hittites called Prophet Abraham “my lord”. In the Old Testament, we read: “Hear us, my lord; you are a prince of God among us. Bury your dead in the choicest of our tombs. None of us will withhold from you his tomb to hinder you from burying your dead.” (Genesis 23:6)

The New Testament quotes Jesus speaking to his disciples as saying: “Many will say to Me in that day, ‘Lord, Lord, have we not prophesied in Your name, cast out demons in Your name, and done many wonders in Your name?’” (Matthew 7:22)

We notice that the same word “κύριε” derived from “κύριος” which is transliterated as “kurios” and means both “Deity’ and “master” at the same time does not differ in usage from Abraham to Jesus in the oldest New Testament manuscripts written in the Old Greek.

However, the distorters differentiated between the usages of the above word in the Bible translations. Thus, Jesus is referred to as “Lord”, whereas Abraham is referred to as “lord” though the two words are identical in the original manuscripts.

Jesus is “god” Rather than “God” in the Bible

For example, the Bible tells us that God intended to make Prophet Moses a “god” to Pharaoh. In the Old Testament, we read: “And the Lord said unto Moses, See, I have made thee a god to Pharaoh: and Aaron thy brother shall be thy prophet.” (Exodus 7:1)

The Bible also tells us that Thomas called Jesus “God”. In the New Testament, we read: “Thomas answered him, “My Lord and my God!” Jesus said to him, “Have you believed because you have seen me? Blessed are those who have not seen and yet have believed.” (John 20:28-29)

We notice that, in the original manuscripts of the Bible, both Moses and Jesus are metaphorically described as “god”, or “θεὸν” and “θεός” respectively in the Old Greek, which are identical. They have the same root “θεός” which is transliterated as “theos”, but “θεὸν” has a different form because of parsing.

So why is Jesus called and worshipped as “God” unlike Moses though the Bible described both of them as “god” on an equal footing, without any difference in even letter case?