Mary, the Virgin, in Christianity and Islam 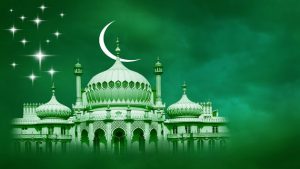 Mary is more honored in Islam than in Christianity

Aside from Mary’s nature and what Muslims or Christians, including their various denominations, believe about her, Islam’s demonstration of Mary’s merits and provision of details about her life are something astounding and perplexing.

In Islam and its religious sources, including the Qur’an and the Sunnah (Prophetic tradition), we find many Quranic verses and prophetic statements dealing with Mary’s merits and personal life details, which are never found in Christianity or the Bible.

Both the Qur’an and the Sunnah deal with Mary’s birth and merits, even upon her very birth. In the Qur’an, we read:

Indeed, Allah chose Adam and Noah and the family of Abraham and the family of ‘Imran over the worlds – Descendants, some of them from others. And Allah is Hearing and Knowing. [Mention, O Muhammad], when the wife of ‘Imran said, “My Lord, indeed I have pledged to You what is in my womb, consecrated [for Your service], so accept this from me. Indeed, You are the Hearing, the Knowing.” But when she delivered her, she said, “My Lord, I have delivered a female.” And Allah was most knowing of what she delivered, “And the male is not like the female. And I have named her Mary, and I seek refuge for her in You and [for] her descendants from Satan, the expelled [from the mercy of Allah].” So her Lord accepted her with good acceptance and caused her to grow in a good manner… (Aal `Imran 3:33-37)

About Mary’s birth, Abu Hurairah said, “I heard the Messenger of God saying, ‘There is none born among the offspring of Adam, but Satan touches it. A child, therefore, cries loudly at the time of birth because of the touch of Satan, except Mary and her child.” Then Abu Hurairah recited: “I seek refuge for her in You and [for] her descendants from Satan, the expelled [from the mercy of Allah].” (Al-Bukhari)

As for Christianity, the Bible does not make mention of Mary’s birth.

…and put her in the care of Zechariah. Every time Zechariah entered upon her in the prayer chamber, he found with her provision. He said, “O Mary, from where is this [coming] to you?” She said, “It is from Allah. Indeed, Allah provides for whom He wills without account.” (Aal `Imran 3:37)

And [mention] when the angels said, “O Mary, indeed Allah has chosen you and purified you and chosen you above the women of the worlds. O Mary, be devoutly obedient to your Lord and prostrate and bow with those who bow [in prayer].” That is from the news of the unseen which We reveal to you, [O Muhammad]. And you were not with them when they cast their pens as to which of them should be responsible for Mary. Nor were you with them when they disputed. (Aal `Imran 3:42-44)

As for Christianity, the Bible does not make mention of Mary’s upbringing.

It is astonishing that the accounts of Jesus’ birth in the Qur’an are more detailed, consistent, logical and honoring of Mary than the Bible. The Qur’anic accounts indicate that angels brought Mary glad tidings about Jesus prior to his birth as God’s word and a sign for people from God. In the Qur’an, we read:

[And mention] when the angels said, “O Mary, indeed Allah gives you good tidings of a word from Him, whose name will be the Messiah, Jesus, the son of Mary – distinguished in this world and the Hereafter and among those brought near [to Allah ]. He will speak to the people in the cradle and in maturity and will be of the righteous.” She said, “My Lord, how will I have a child when no man has touched me?” [The angel] said, “Such is Allah ; He creates what He wills. When He decrees a matter, He only says to it, ‘Be,’ and it is. (Aal `Imran 3:45-47)

The Qur’an also makes clear that the angel who appeared to Mary instructed her to abstain from speaking and to depend on God concerning her fate. God enabled Jesus while still a baby in the cradle to come out with the evidence that he is the servant, messenger and prophet of God and that his mother is innocent of immorality as implied by God’s command to him to be dutiful to her. In the Qur’an, we read:

As for the accounts of Jesus’ birth in the Bible, they are not logically sufficient for acquitting Mary of adultery. For example, the second chapter in the Gospel of Matthew states that Magi came to prostrate themselves before the baby who would be the king of Jews whose star they saw.

We may ask here: is it logical for Magi to prostrate themselves before a baby from the Children of Israel considering that it was the king of Jews? Since when do Magi prostrate themselves before a king of Jews under the rule of the Roman Empire? Why did Magi not follow Jesus later on? How could this happen to a baby begotten by a betrothed rather than married couple?

So, the account given by the Gospel of Matthew does not acquit Mary of adultery.

As for the Gospel of Luke, it does not make evident how Mary survived a very likely accusation of adultery given the fact that she gave birth to Jesus while just betrothed, before Joseph the Carpenter consummated marriage with her.

Mary faced accusations of adultery both in her lifetime and after her demise. It is curious that we do not notice that the Bible defends or acquits Mary of such a serious charge.

On the contrary, the Qur’an confirms Mary’s innocence of adultery more than once. What is more, Jews are cursed as disbelievers in a scolding context for Mary’s accusation of adultery. We read:

And [We cursed them] for their disbelief and their saying against Mary a great slander (An-Nisaa’ 4:156)

And [the example of] Mary, the daughter of `Imran, who guarded her chastity, so We blew into [her garment] through Our angel, and she believed in the words of her Lord and His scriptures and was of the devoutly obedient. (At-Tahrim 66:12)

As for Christianity, we notice that the Bible does not pay any attention to Mary’s acquittal of adultery.

The Qur’an confirms Jesus’ dutifulness to his mother, Mary. In the Qur’an, we read:

As for Christianity, we observe that the Bible does not reflect any sort of dutifulness on the part of Jesus to his mother, Mary. For example, we read:

His mother and brothers arrived. They stood outside and sent word to him, calling for him. A crowd was seated around him, and those sent to him said, “Look, your mother, brothers, and sisters are outside looking for you.” He replied, “Who is my mother? Who are my brothers?” Looking around at those seated around him in a circle, he said, “Look, here are my mother and my brothers. Whoever does God’s will is my brother, sister, and mother.” (Mark 3:31-35)

We further read: While Jesus was saying these things, a certain woman in the crowd spoke up: “Happy is the mother who gave birth to you and who nursed you.” But he said, “Happy rather are those who hear God’s word and put it into practice.” (Luke 11:27-28)

Along with Mary’s protection against Satan upon her birth, good upbringing, provision with summer fruits during winter and winter fruits during summer and being made a sign to people along with her son, Islam cites several merits of Mary. One of Mary’s merits is her purification and choice above the women of the worlds. In the Qur’an, we read:

And [mention] when the angels said, “O Mary, indeed Allah has chosen you and purified you and chosen you above the women of the worlds. (Aal `Imran 3:42)

The above merit is corroborated by the Bible as well. In the New Testament, we read: When the angel came to her, he said, “Rejoice, favored one! The Lord is with you!” (Luke 1:28)

However, much more than Christianity, Islam expatiates on the merits of Mary. For example, Prophet Muhammad made several hadiths (Prophetic statements) about the Merits of Mary.