Manners of Companionship in Islam 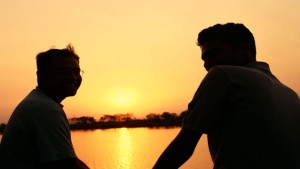 The believer to the believer is like a solid building, one part supporting the other.

As a matter of fact, the manners of companionship and good relationships are of various types, which I will explain to show the person of intellect the manners of the believers and the pious, and make known that Allah, the Most Perfect, the Most High, has made them a mercy and helpers to one other, which is why the Messenger of Allah (peace be upon him) said, ‘‘The example of the believers, in their mutual love and mercy is like the example of a body, if one part feels pain, then all of the body suffers in sleeplessness and fever.’’ (Al-Bukhari & Muslim)

Prophet Muhammad (peace be upon him) also said, ‘‘The believer to the believer is like a solid building, one part supporting the other.’’ (Al-Bukhari & Muslim)

The Prophet (peace be upon him) also said, ‘‘The souls are arrayed armies, so those who agree with one another will be friendly…’’ (Al-Bukhari with Ta`liq)

So if Allah blesses one of His servants, He grants them companionship of the people of the Sunnah, righteousness and adherence to religion; and keeps them away from the companionship of the people of heresies. The Prophet (peace be upon him) said, “A person follows the religion of his friend, so let every one of you consider whom he keeps as a friend.’’ (Ahmad, Abu Dawud & At-Tirmidhi)

About a person, do not ask, but ask about his companion; since every companion follows his friends.

The manners of companionship include the following:

Good manners with brothers, peers and companions, following the teachings of the Messenger of Allah (peace be upon him). When it was said to him, “What is the best of what a person is given?” So he replied, ‘‘Good manners.’’ (Ibn Hibban and At-Tabarany)

To behave well regarding the faults of one’s companions that one sees, since Ibn Mazin said, “The believer seeks excuses for his brothers, whilst the hypocrite seeks out their faults.” Hamdoun Al-Qassar said, “If one of your brothers commits an error, then seek ninety excuses for him, and if not, then you are the blameworthy one.”

To overlook mistakes of the brothers and not reprimanding them. Al-Fudayl Ibn ’Iyad (d.187H) said, “Chivalry is to overlook the mistakes of the brothers.” Ibn Al-Arabi (d. 231 H) said, “Forgetting the harms caused by brothers causes your love to persist.” So it is binding upon the believer that he avoids seekers of this world, since they will bring him down to the level of seeking it, and this will distance him from his salvation and it will distance him from remaining alert and being aware of it. Rather, he must strive hard in attaining the companionship of good people and the seekers of the Hereafter. Therefore, Dhun-Noon (d. 245 H) said to the one whom he advised, “Accompany the one whom you will be safe from outwardly, and who – when you see him – helps you do good and reminds you of your Lord.”

A Muslim does not envy Allah’s bounty upon people. Rather, he should be happy for that and praise Allah for it, just as he would praise Allah if it were seen upon him. Allah (the Most High) censures the envious one. He says,

The Prophet (peace be upon him) said, ‘‘Do not envy one another.’’ (Al-Bukhari and Muslim)

TO KEEP A FEELING OF MODESTY:

One has to have Haya’ (modesty) at all times, as Prophet Muhammad (peace be upon him) said, ‘‘Faith (Iman) has sixty or seventy odd branches, the most excellent of them is witnessing that none has the right to be worshiped besides Allah, and the lowest branch is removing something harmful from the road, and Haya’ is from Iman.’’ (Al-Bukhari and Muslim)

The Prophet (peace be upon him) also said, ‘‘Haya’ is from Iman, and Iman is from Paradise. Speaking obscenely is from coarseness and coarseness is from the Fire.’’ (Ahmad and At-Tirmidhi)

COMPANIONSHIP OF THE DIGNIFIED:

To accompany the one who he has a feeling of respect, so that this will prevent you from acting contrary to the Shari`ah. `Ali (may Allah be pleased with him) said, ‘‘Enliven your feeling of Haya’ (modesty), by sitting before those whom you feel modest.” Ahmad Ibn Hanbal (d. 241 H) (may Allah have mercy upon him) said, ‘‘I have not been led into calamity except by accompanying those before whom I do not feel modest.’’

To have cheerfulness of the face, kindness of the tongue, largeness of the heart, as well as outspreading hands, withholding anger, leaving off pride, keeping people’s honor in mind and showing happiness at their companionship and brotherhood

COMPANIONSHIP OF A WISE SCHOLAR:

Good companionship entails that a Muslim accompanies a scholar; a person who is mild, intelligent and has knowledge. Dhun-Noon (may Allah have mercy upon him) said, “Allah has not robed any one of His servants with a robe better than intellect, and has not decorated him with a necklace better than knowledge, nor adorned him with anything better than mildness. And the completeness of that is Taqwa (fear of Allah).”

To have a clean heart with regards to the brothers and advising them, as Allah – the Most High – said,

Sari as-Saqaty (d. 257 H) (may Allah have mercy upon him) said, “One of the best manners of righteousness is having a good heart as regards brothers as well as giving them sincere advice.”

Since breaking promises is an act of hypocrisy, and Prophet Muhammad (peace be upon him) said, ‘‘The signs of the hypocrite are three: When he speaks, he lies; when he makes a promise, he breaks it; and when he is entrusted, he acts deceptively.’’ (Al-Bukhari and Muslim)

Sufyan Ath-Thawry (d.164H) (may Allah have mercy upon him) said, ‘‘Do not make a promise to your brother and then break it, lest love should turn into hate.”
___________________
Source: An excerpt from Adabul-`Ishrah Wa Dhikrus-Suhbah Wal-Ukhuwwah (p. 9-20), by Mufti and Jurist, Abul-Barakaat Badrud-Deen Al-Ghazzi. For his biography, refer to Shadharatudh-Dhahab (8/403-406) of Ibnul-`Imaad and Al-A’lam (7/59) of Az-Zirikly. The checking and authentication of hadiths were carried out by Sheikh `Ali Hassan Al-Halaby and also Sheikh Mashhoor Hassan Salman.