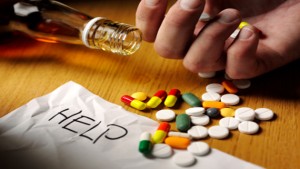 As a matter of fact, people are attracted to Islam for a variety of reasons. As they take Shahada (repeating the words, “I bear witness that there is no God but Allah and that Muhammad is the Messenger of Allah”) and enter into the Ummah (community) of Islam, they bring with them the problems of the world in which they live. They bring the baggage of their past and of their history.

They bring with them a myriad of problematic behaviors, including alcohol and drug addictions. They expect Islam to cure their addictions. Indeed, if Islam is lived completely and strictly according to the Laws and Traditions set down by Allah through the Qur’an and Hadith, it will.

Islam provides clear direction for every aspect of life and for every aspect of the treatment of addiction. The literature of Islam is specific and precise. The word for an intoxicant used in the Qur’an is Khamr, which is derived from Khamara, meaning the covered or veiled thing. Thus, it will mean any fermented juice, or any other substance that may make one intoxicated after drinking/using.

The use of alcohol and other drugs is considered a “major sin.” Muslims are required to stay away from khamr as it is considered the mother of all evils.

They ask thee (Oh Prophet) concerning wine and gambling. Say, in them are a great sin and some profit for men. But the sin is greater than the profit. (Al-Baqarah 2:219)

It is clear that obedience to Allah and His Messenger is not only expected, it is also required if one wishes to enjoy life in Jannat (heaven) in the hereafter. There is a hadith that says that one of the three persons Allah will not permit to enter Jannat is the person who is addicted to Khamr. (Ahmad and Ibn Hibban)

The Qur’anic legislation concerning the total abstinence from using intoxicants gives Islam a distinction above most of the world’s religions. The Qur’anic prohibitions give Muslims a general stamp of sobriety unknown to the followers of most other religions.

In Judaism, wine forms an integral part of the religious festivities and it is considered to be a sacred drink. In Christianity, only its abuse is condemned for most religions and was never absent from the Church or from its clergy.

The Islamic concept is close to the prevailing thought regarding the use of illicit drugs and the abuse of alcohol in the non-Muslim Population. Joseph Califano, in his article titled, “It’s Drugs Alcohol and Tobacco, Stupid?” discusses the costs to American society by the use of intoxicants. This description clearly indicates that he also believes that the use of intoxicants precipitates ‘evil’ in our society.

Islam, however, goes one step further than Mr. Califano and the United States. Islam prohibits the use of intoxicants and makes it unlawful to sell grapes to someone who will make wine from them (or any substance used to make intoxicants). If there is any doubt, the transaction is forbidden. Also forbidden of intoxicants are selling, transporting, buying, giving or making of intoxicants.

This, therefore, includes interaction of Muslims with those who are not Muslim. Muslims, for example, are not permitted to sell alcohol to non-Muslims because it involves selling, transporting and buying of intoxicants.

Treatment of addictions is considered medical treatment. As such, Muslims are required to seek such treatment and the method of treatment is clearly prescribed. “There is a cure for every disease. Whatever illness is treated with its right remedy, it will, by Allah’s permission, be cured.” (Muslim)
Treatment of addictions is conducted according to the laws and traditions of Islam. The treatment specialist/therapist does not necessarily have to be Muslim to provide this treatment, but an understanding of the philosophical underpinnings of treatment is invaluable – as in the treatment of any “minority.”

Islam does not “shame” its believers when they come for treatment. It is our understanding that Allah forgives and that we, as humans, have the responsibility to support and assist in recovery whenever possible. It is also the belief of Islam that full adherence to the religious principles of Islam with the support of the Muslim community will provide not only a drug free lifestyle but also recovery.