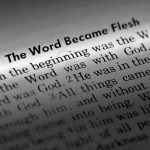 In the Chapter of Al-Ma’idah, Allah argues that it is impossible that He has a son for He can destroy Christ, his mother and everyone on the earth. He states that to Him belongs the dominion of the heavens and the earth and whatever between them, He creates what He wills and He is competent over all things. He implies that if Jesus had been His son or it had been possible for Him to have any son, He would not have been able to destroy Christ and his mother. However, He tells us that He can and will do if He wills. Allah says:

They have certainly disbelieved who say that Allah is Christ, the son of Mary. Say, ‘Then who could prevent Allah at all if He had intended to destroy Christ, the son of Mary, or his mother or everyone on the earth?’ And to Allah belongs the dominion of the heavens and the earth and whatever is between them. He creates what He wills, and Allah is over all things competent.” (Al-Ma’idah 5:17)

To prove that Jesus was not divine, Allah argues that he and his mother were in the habit of eating. The Qu’ran implies that it is impossible that a god can eat. If he eats, then he will not be a true god. He will be then a creature that is not divine. Creatures eat to survive and continue to exist. Without eating, they will die. As for God, He does not need to eat. He is Everlasting and will not die.

Allah further states that people should not worship along with Him anyone who can neither profit nor harm them. Neither Jesus nor his mother Mary nor anybody else can harm or benefit people without the permission of Allah. So no one other than Allah can be God. Allah says:

The Messiah, son of Mary, was not but a messenger; [other] messengers have passed on before him. And his mother was a supporter of truth. They both used to eat food. Look how We make clear to them the signs; then look how they are deluded. Say, ‘Do you worship besides Allah that which holds for you no [power of] harm or benefit while it is Allah who is the Hearing, the Knowing?’” (Al-Ma’idah 5:75-76)

In the Chapter of Maryam, Allah indicates that He does not need to have an incarnate if He likes to send a fatherless being to people. If He wants to send this being, He just says “be” and it will be. Allah says:

That is Jesus, the son of Mary – the word of truth about which they are in dispute. It is not [befitting] for Allah to take a son; exalted is He! When He decrees an affair, He only says to it, ‘Be,’ and it is. [Jesus said], ‘And indeed, Allah is my Lord and your Lord, so worship Him. Ich möchte kostenlose 3d hentai games mit animierten & fotorealistischen Girls in einer interaktiven virtuellen 3D-Welt spielen! Ich fühle mit dir, meine perversen Mitmenschen. Lass mich raten, du bist ein Gamer und ein Porno-Fan, aber vielleicht bist du ein bisschen hart im Nehmen, weil die Grafik dieser erotischen FRPGs, die du gespielt hast, einfach nicht ausreicht. Das ist ein roter Faden unter den Fans des Genres. Wenn Sie nicht mit den 16-Bit-Sprites auf dem Super Nintendo aufgewachsen sind, wird es Ihnen wahrscheinlich nicht viel bringen, selbst wenn sie die Titten größer machen und Brustwarzen hinzuf. That is a straight path.’ Then the factions differed [concerning Jesus] from among them, so woe to those who disbelieved – from the scene of a tremendous Day. (Maryam 19:34-37)

In the Chapter of Al-Baqarah, Allah points out that He is the Unique Originator of heavens and the earth. So it is unconceivable that He may have a son. He has no match. A son is brought forth by a couple of two matches. How may Allah beget Jesus? Allah says:

In the Chapter of Al-Anam, Allah explains that He cannot be perceived by anyone. How can it be claimed that He has a wife and a son? Allah says:

[He is] Originator of the heavens and the earth. How could He have a son when He does not have a companion and He created all things? And He is, of all things, Knowing. That is Allah, your Lord; there is no deity except Him, the Creator of all things, so worship Him. And He is Disposer of all things. Vision perceives Him not, but He perceives [all] vision; and He is the Subtle, the Acquainted. (Al-An`am 6:101-103)

Reviewing the potential scenarios of the existence of more than one god, Allah rules out the existence of any god other than him. He argues that if there had been more than one god, each god would have had his own dominion. Consequently, we will notice inconsistencies in the universe as a result of the variety in dominions. Conflicts among those gods would be more likely. But, we observe neither inconsistencies nor conflicts. Allah says:

Allah has not taken any son, nor has there ever been with Him any deity. [If there had been], then each deity would have taken what it created, and some of them would have sought to overcome others. Exalted is Allah above what they describe [concerning Him]. [He is] Knower of the unseen and the witnessed, so high is He above what they associate [with Him]. (Al-Mu’minun 23:91-92)

At the end of the Qur’an, Allah confirms that Allah is One and Eternal and that He neither begets nor is born and has no equivalent. Allah says: