How An-Najashi Converted to Islam 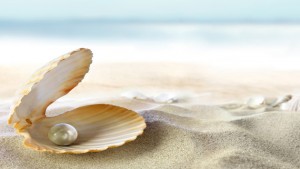 “Oh, priests and monks, almost there is no difference between what they say on Ibn Mariam and what we say!” (An-Najashi)

It is proved that his name was `Ashama ibn `Abjar as mentioned in the Prophetic tradition narrated by Abu Hurairah (may Allah be pleased with him) that the Prophet (peace be upon him) informed his companions about the death of An-Najashi and then he went ahead (to lead the prayer) and the people lined up behind him in rows and he said four Takbirs. (Al-Bukhari)

The number of the Muslims increased during the fifth year of the mission of the Prophet (peace be upon him), but they were not able to face Quraish tribe and defend themselves against the oppression, compulsion, and transgression.

Out of his concern for his companions and for protecting the still few and weak believers, the Prophet  (peace be upon him) advised them to immigrate to Abyssinia as there is a king where no one was oppressed. So eighty persons immigrated there, but Quraish sent `Amr ibn Al-`Aas and `Imarah ibn Al-Walid in pursuit.  They met An-Najashi and offered him a gift which they collected, and `Amr ibn Al-`Aas said to An-Najashi that people “from our land abandoned our religion and they are now on your land”. An-Najashi asked “Are they on my land?”. “Yes”, they said. So he sent for us and Ja`far told us that no one of us speak and that “I will speak for you”. Зачарованные путаны и сексуальные проститутки https://sexanketa-nn.net/ Нижнего Новгорода с объявлениями для секса без преград. So we got to An-Najashi while he was sitting with `Amr and `Imarah, and the priests were sitting.

`Amr and `Imarah then said: “They do not kneel to you.” When we met him, the priests and monks hastily said to us “Kneel to the king.” But Ja`far said “We only kneel to Allah, Glorified and Exalted Be He.” Ja`far went on to say, “When we eventually met Al-Nagashi, he said, “What stopped you from keeling?” Ja`far said: “We only kneel to Allah.” Then An-Najashi asked him “What is the matter with you?” Ja`far answered by saying that “Allah sent a Messenger from among us who was heralded by `Isa ibn Maryam (peace be upon him). His name is Ahmad and he ordained us to worship Allah and must not associate another deity with Him, to establish prayers and give zakah, and he also enjoins what is right and prohibits what is wrong.” An-Najashi admired his say. When `Amr ibn Al-`Aas saw this he said: “Oh, our dear king, their belief goes against yours in terms of `Isa ibn Maryam.”

“What does your apostle say of Ibn Maryam?,” An-Najashi asked . Ja`far replied by saying that “He says just as Allah says on him, that he is the spirit and word of Allah who created him through Virgin Maryam who was not touched by humans.” Hearing this, An-Najashi took a very little piece of plant from the ground and said, “Oh, priests and monks, almost there is no difference between what they say on Ibn Maryam and what we say!” Then he turned to the companions and said, “You are welcome and your apostle is also welcome. I testify that he is the Messenger of Allah, and that it is he who was heralded by `Isa. But for the kingdom which I rule, I would go and kiss his shoes.”

After that event, there was a disturbance in Abyssinia as the Christian there were not pleased with what had happened. An-Najashi converted to Islam in secret and there was a war broken out between his army and another sect and An-Najashi won the war. Muslims felt safe there and began to spread the religion of Islam. An-Najashi remained on his faith until he died and angel Jibril (peace be upon him) came to the Prophet (peace be upon him) and told him with An-Najashi’s death so the Prophet offered the funeral prayer on him.