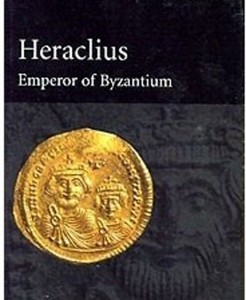 If I were to go there, I would embrace Islam and wash the Prophet’s feet with my own hands.” Hercules said.

Arabia, during the time of the noble Prophet Muhammad (peace be upon him) was a country without any central authority. It was a country far from the civilized nations of those days.

But the Prophet was not worried by these setbacks. He was inviting people to the right path and a few setbacks could not deter him from propagating Islam.

Abu Sufyan a leader of the tribe of Quraysh and the arch enemy of the Prophet (peace be upon him) was in Constantinople on a business trip, when the Prophet’s letter of invitation reached Heraclius, the Byzantine emperor of Eastern Roman Empire.

Heraclius, at the time was in his court at Constantinople celebrating his victory over the Persians. Heraclius read the letter through an interpreter and then asked the people in his court, to find out if there was someone in the city, who knew the Prophet (peace be upon him).

Abu Sufyan with his companions were brought into the court. The emperor asked Abu Sufyan, “What kind of family does Muhammad belong to?”

“Has there been a king in his family?” Heraclius asked.

“Are the people who have accepted his religion poor or rich?” Heraclius questioned again.

“They are poor”, replied Abu Sufyan.

Heraclius was now becoming more and more interested and he went on asking questions.

His next question was, “Are his followers on the increase or decrease?”

“Have you known him to tell lies”? asked Heraclius.

“Does he ever go against his convents?” Heraclius once again asked.

“Not so far. But we have to see whether he carries out the new agreement made between us and him”, Abu Sufyan answered lengthily for a change.

“Have you ever fought him in wars?” Heraclius questioned.

“What has been the result?” Heraclius asked, getting more and more interested.

“Sometimes we have won, sometimes he”, replied Abu Sufyan.

“What does he teach?” asked Heraclius.

“Worship One God, join no partners with Him, carry out your prayers, be chaste, speak the truth and keep union with your relatives”, answered Abu Sufyan, even surprised at his own answer as it sounded like he was preaching Islam.

Heraclius stood up and said, “If all you said is true, then I am sure that this Prophet’s Kingdom will reach here where I am standing. I was certain that a Prophet was coming, but I didn’t know that he would be born in Arabia. If I were to go there, I would embrace Islam and wash the Prophet’s feet with my own hands.”

This was the way in which the Prophet (peace be upon him) spread Islam. He impressed them by his truthfulness, honesty, noble character and dedication in the service of Allah. He did not compel people to accept Islam under threat of waging wars, nor did he compel people to accept Islam by the force of the sword. He fought only in defense, and only when the enemies waged war on him.