God (Allah) is the Throne-ascender 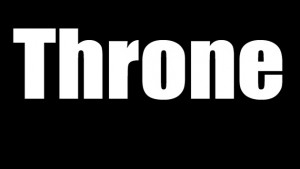 Since Jesus does not sit on the throne but is rather seated at the right hand of the throne, he cannot be God

One of the names and attributes of God is “the Throne-ascender”. Both the Qur’an and the Bible agree on the fact that God has a throne and that He sits on this throne in such a way which beseems His grandeur and is known only to Him.

The Qur’an often confirms that God (called “Allah” in Arabic) has a throne and that He seats Himself on it. For example, we read:

Indeed, your Lord is Allah, who created the heavens and earth in six days and then established (seated) Himself above the Throne. He covers the night with the day, [another night] chasing it rapidly; and [He created] the sun, the moon, and the stars, subjected by His command. Unquestionably, His is the creation and the command; blessed is Allah , Lord of the worlds. (Al-A`raf 7:54)

It is Allah who erected the heavens without pillars that you [can] see; then He established (seated) Himself above the Throne and made subject the sun and the moon, each running [its course] for a specified term. He arranges [each] matter; He details the signs that you may, of the meeting with your Lord, be certain. (Ar-Ra`d 13:2)

The Bible, especially the New Testament, frequently indicates that God has a throne and that He sits on it. For example, we read: “And to swear an oath by heaven is to swear by God’s throne and the one who sits on it.” (Matthew 23:22)

Though Jesus is taken as God in Christianity, the Bible tells us that Jesus does not sit on the throne itself but is seated at the right hand of the throne of God. For example, we read: “Jesus said to him, You have stated [the fact]. More than that, I tell you: You will in the future see the Son of Man seated at the right hand of the Almighty and coming on the clouds of the sky.” (Matthew 26:64)

We also read: “So then, when the Lord Jesus had spoken to them, He was received up into heaven and sat down at the right hand of God.” (Mark 16:19)

We further read: “And the sum concerning the things spoken of [is]: we have such a chief priest, who did sit down at the right hand of the throne of the greatness in the heavens.” (Hebrews 8:1)