Why Is It Forbidden to Eat Pork? 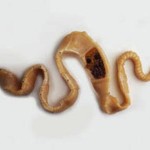 Eating of pork can cause no less than seventy different types of diseases.

Why is the eating of pork forbidden in Islam?

The fact that consumption of pork is prohibited in Islam is well known. The following points explain various aspects of this prohibition:

Forbidden to you (for food) are: dead meat, blood, the flesh of swine, and that on which hath been invoked the name of other than Allah. (Al-Ma’idah 5:3)

The above verses of the Qur’an are sufficient to satisfy a Muslim as to why pork is forbidden.

2. Pork Prohibited in the Bible

The Christian is likely to be convinced by his religious scriptures. The Bible prohibits the consumption of pork, in the book of Leviticus:

“And the swine, though he divide the hoof, and be cloven footed, yet he chews not the cud; he is unclean to you.”

“Of their flesh shall ye not eat, and their carcass shall ye not touch, they are unclean to you.” (Leviticus 11:7-8)

Pork is also prohibited in the Bible in the book of Deuteronomy:

“And the swine, because it divideth the hoof, yet chewethnot the cud, it is unclean unto you. Ye shall not eat of their flesh, nor touch their dead carcass.” (Deuteronomy 14:8)

A similar prohibition is repeated in the Bible in the book of Isaiah chapter 65, verse 2-5.

The other non-Muslims and atheists will agree only if convinced through reason, logic and science. Eating of pork can cause no less than seventy different types of diseases. A person can have various helminthes like roundworm, pinworm, hookworm, etc.

A common misconception about pork is that if it is cooked well, these ova die. In a research project undertaken in America, it was found that out of twenty-four people suffering from Trichura Tichurasis, twenty two had cooked the pork very well. This indicates that the ova present in the pork do not die under normal cooking temperature.

Pork has very little muscle building material and contains excess of fat. This fat gets deposited in the vessels and can cause hypertension and heart attack. It is not surprising that over 50% of Americans suffer from hypertension.

5. Pig is One of the Filthiest Animals on Earth

The pig is one of the filthiest animals on earth. It lives and thrives on muck, faeces and dirt. It is the best scavenger that I know that God has produced. In the villages they don’t have modern toilets and the villagers excrete in the open air. Very often, excreta is cleared by pigs.

Some may argue that in advanced countries like Australia, pigs are bred in very clean and hygienic conditions. Even in these hygienic conditions the pigs are kept together in sties. No matter how hard you try to keep them clean they are filthy by nature. They eat and enjoy their own as well as their neighbour’s excreta.

6. Pig is the Most Shameless Animal

The pig is the most shameless animal on the face of the earth. It is the only animal that invites its friends to have sex with its mate.

In America, most people consume pork. Many times after dance parties, they have swapping of wives; i.e. many say ‘you sleep with my wife and I will sleep with your wife.’ If you eat pigs then you behave like pigs. We Indians look upon America to be very advanced and sophisticated. Whatever they do, we follow after a few years. According to an article in Island magazine, this practice of swapping wives has become common in the affluent circles of Bombay.

Joel Osteen, an American preacher, televangelist, author, and the Senior Pastor of Lakewood Church, talks about the true nature of pig/pork here…

Taken with kind permission from www.irf.net.