The Commandments of Islam (2/3)

In the first part, we covered 10 commandments of Islam. In this part, we are going to cover more 14 commandments. 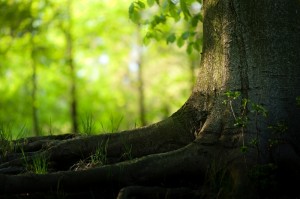 Islam commands truthfulness, trustworthiness, and that one fulfills his oaths.

11- Islam commands that one fulfills one’s oaths and forbids that one intentionally lies in one’s oath, especially if it was in order to deprive another’s right. Allah (Exalted be He) says:

Verily, those who purchase a small gain at the cost of Allah’s Covenant and their oaths, they shall have no portion in the Hereafter (Paradise). Neither will Allah speak to them, nor look at them on the Day of Resurrection, nor will He purify them, and they shall have a painful torment. (Aal `Imran 3:77)

12- Islam commands humans to take care of themselves and forbids causing harm to oneself, whether directly or indirectly, such as by dealing with intoxicants, drugs, cigarettes, and other things that modern medicine has proven to be causes of destructive diseases. Allah says:

And do not kill yourselves (nor kill one another). Surely, Allah is Most Merciful to you. And whoever commits that through aggression and injustice, We shall cast him into the Fire, and that is easy for Allah. (An-Nisaa’ 4:29, 30)

13- Islam commands truthfulness, trustworthiness, and that one fulfills his oaths; and it forbids lying, deception and treachery. Allah says:

O you who believe! Betray not Allah and His Messenger, nor betray knowingly your trusts (things entrusted to you, and all the duties which Allah has ordained for you). (Al-Anfal 8:27)

14- Islam commands love and unity, and forbids that one disassociates from others as well as all other things which lead to hate and enmity, such as bearing grudges, hatred, and envy. The Prophet (peace be upon him) said: “To not hate each other, do not envy each other, and do not turn your backs on each other (cut off), but rather be true slaves of Allah as brothers. It is impermissible for a Muslim to cut off from his brother more than three days.” (Al-Bukhari)

15- Islam commands generosity and forbids greed and stinginess. The Prophet said: “There are two manners that Allah loves: good manners and generosity, and there are two manners that Allah hates, bad manners and stinginess. When Allah desires good for someone, he uses him to fulfill the needs of others.” (Abu Nu`aym and Al-`Iraqi)

And give to the kindred his due and to the poor and to the wayfarer. But spend not wastefully (your wealth) in the manner of a spendthrift. Verily, spendthrifts are brothers of the devils, and the Satan is ever ungrateful to his Lord. (Al-Israa’ 17:26, 27)

Allah intends for you ease, and He does not want to make things difficult for you. (All-Baqarah 2:185)

‘And be moderate (or show no insolence) in your walking, and lower your voice. Verily, the harshest of all voices is the voice (braying) of the ass.’ (Luqman 31:19)

About pride, the Prophet said: “He who has even a mustard seed’s worth of pride in his heart will not enter Jannah (Paradise).” A person asked, “O Messenger of Allah, people like to wear nice clothes and sandals.” He said, “Indeed Allah is Beautiful and He loves beauty. Pride is that one rejects the truth and sees others to be lower than himself.” (Muslim)

The Prophet said about self-conceit: “Whoever drags his clothes on the ground out of self-conceit, Allah will not look at him on the Day of Resurrection.” (Al-Bukhari)

20- Islam forbids Muslims from interfering into affairs which do not concern them. The Prophet said: “Indeed from the good traits of a true Muslim is that he leaves that which does not concern him.” (At-Tirmidhi)

21- Islam commands respecting people and forbids debasing them and holding them in contempt. Allah says:

22- Islam commands one to jealously protect and guard one’s mahrams, and it forbids cuckoldry.

24- Islam commands that people exert efforts in doing good to others, and it forbids that they remind them of their favors. The Prophet said: “Be warned and stay away from reminding people of your favors to them, for indeed it causes ungratefulness, in the one to whom the favor was shown, and extinguishes the reward, he would have received for that deed.” Then he recited Allah’s saying,

O you who believe! Do not render in vain your sadaqah (charity) by reminders of your generosity or by injury. (Al-Baqarah 2:264)