Ascension and Resurrection of Jesus 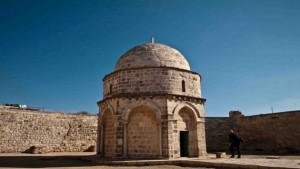 Both Christians and Muslims believe in the Ascension of Jesus. We read the following verse in the New Testament: “After the Lord Jesus had spoken to them, he was taken up into heaven and he sat at the right hand of God.” (Mark 16:19)

In the Qur’an, we also read the following verses:

“And [for] their saying, ‘Indeed, we have killed the Messiah, Jesus, the son of Mary, the messenger of Allah.’ And they did not kill him, nor did they crucify him; but [another] was made to resemble him to them. And indeed, those who differ over it are in doubt about it. They have no knowledge of it except the following of assumption. And they did not kill him, for certain. Rather, Allah raised him to Himself. And ever is Allah Exalted in Might and Wise. And there is none from the People of the Scripture but that he will surely believe in Jesus before his death. And on the Day of Resurrection he will be against them a witness.”(An-Nisaa’ 4:157-159)

“The angel said to the women, ‘Do not be afraid, for I know that you are looking for Jesus, who was crucified. He is not here; he has risen, just as he said. Come and see the place where he lay. Then go quickly and tell his disciples: ‘He has risen from the dead and is going ahead of you into Galilee. There you will see him. Now I have told you.’” (Matthew 28:5-7)

However, the Qur’an does not make any mention of the resurrection of Jesus except on the Day of Judgment. Citing Jesus’ words to his people when was still in the cradle, Allah says:

Muslim exegetes argue that such resurrection will take place on the Day of Judgment.

As a matter of fact, the biblical contradictions culminate in the resurrection of Jesus. Why were there Resurrection and Ascension if Jesus had been already crucified and killed? The biblical account combines both rescue and forsaking at the same time. According to the Qur’an, Jesus was raised as way out of killing. Thus, Ascension was a sort of rescue and protection. But, according to the Bible, what is the benefit of Resurrection and Ascension? If Jesus’ death was meant to save humanity, why should he have been resurrected? Is such short death really sufficient to save mankind from the original sin?